All posts in blog 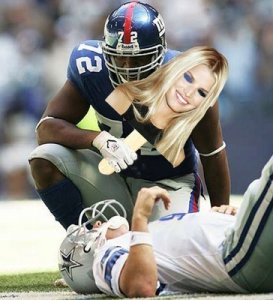 No sense in lying to you, this week’s game isn’t going to be easy for Homer McFanboy. You see, unlike Vinnie Cerrato, I was actually a fan of Gregg Williams and would have loved to have seen him become the next head coach of the Washington Redskins after Joe Gibbs raced back to NASCAR. But we all know that’s not how things played out at Redskins Park.

Jim Zorn was given the job and Williams landed in Jacksonville, where he takes over an already talented defense. With the Jags coming to town Thursday night, it seems I’m not the only person with “Gregg the Genius” on the mind. Jason La Canfora has a nice feature story on the ties that still bind Williams to D.C. If that’s not enough, Dave Elfin spends some time with London Fletcher talking about his old boss.

Once you get your fill of the return of Gregg, head over to Chris Cooley’s blog to help join the band of crime fighters taking on the case of Chief Zee’s missing tomahawk. And a quick note to all you humanitarians, whoever helps find and return the Chief’s prized possession can score a free autographed Cooley jersey for their troubles.

From crime fighting to the truly bizarre, we turn our attention to an entry by the Redskins official blogger, Matt Terl, who shares with us a FedEx Field cake. Three workers from Kristi’s Kakes spent 26 hours creating a replica of Dan Snyder’s least favorite stadium for a bar mitzvah. The least you can do is click the link and check out the photos for yourself.

And finally, a recovering alcoholic named Ned Bitters decides to take aim at your’s truly in his weekly “Overrated” column. I’d quote an excerpt from his tirade, but honestly, none of it is actually suitable for print. Let’s just say he thinks Homer McFanboy goes above and beyond the call of duty to provide Redskins coverage. Or something like that. 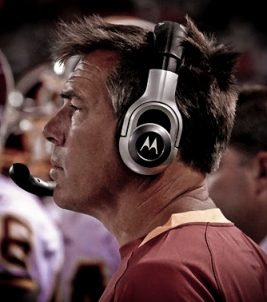