note: the sissification of america 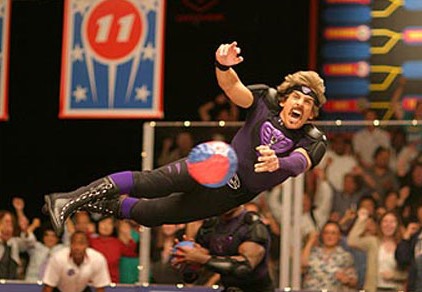 I want to start out by apologizing to old people everywhere.

There was a time whenever I found myself stranded in a room with someone at least twice my age that I did my best to tune you out and go to my happy place. You see, I was too young and immature to understand what was going on when you started mumbling semi-coherently about “back in my day” and proceeded into a long-winded diatribe that didn’t end until you fell asleep at the table mid-sentence. I had no clue that you were simply attempting to warn me of the darker days ahead by drawing parallels to better times. More to the point, I just didn’t have a clue.

But now, here I sit, long after you’re gone, understanding exactly where you were coming from. I see a world where parents raise their overweight children to be pansies because games like dodgeball and kickball are banned. A world where leagues opt to not keep score and give trophies to every kid on every team because, heaven forbid, your blandly named son thinks for one moment that another child is better at soccer than your precious little Devin.

If this is the future, then I’m off to eat a bullet now.

Back in my day (see what I did there) shit happened. Sometimes bullies took your lunch money and sometimes you struck out at the plate during gym-class baseball. You didn’t go to therapy, you went to science class. Your parents didn’t put you on medication because of anxiety or your “inability to cope.” You just sat on the opposite side of the lunch room and prayed like hell the bully picked on someone else the day your parents accidentally put two Little Debbie snackcakes in your lunchbox. If some kids at the bus stop made fun of you for a pimple on your face, you didn’t come to school the next day with a semi-automatic weapon and open fire on the football team. You went home that night and washed your face half a dozen times in hopes the blemish went away that very second.

Those days, things were definitely simpler. Ned Bitters and I used to give each other a ton of shit. He, being a native of Pennsylvania, loved all things Pittsburgh. Whether it be the Steelers, Penguins or cock, he just couldn’t get enough of it. I, having grown up in the D.C. metro area, always rooted for my home teams – including the Redskins, the Capitals and the Baltimore Orioles (we didn’t have our own baseball team, so the O’s sufficed until Peter Angelos got involved).

I’ll never forget the day Bitters started his own “Ripken streak.” While the rest of the world was happily saluting Cal Jr. for showing up to work every day for 2,632 consecutive games, Bitters decided it’d be clever to start counting the consecutive days Cal Sr. had been dead for. And you know what? It was funny. To get even, I decided to take a shot at his beloved Penguins and their posterboy, Mario Lemieux.

I distinctly remember saddling up next to him and saying I had a solution for the small-market Pens, who were having a bit of financial trouble.

“To save money on pregame festivities, they could get rid of fireworks or laser shows and simply have Lemieux hit the ice after a chemo session,” I said. “As long as he doesn’t melt the ice, you’re in for a helluva show.”

Was it politically incorrect? Absolutely. But it cracked both of our dumb asses up. We weren’t making light of death or disease. We were just being morons.