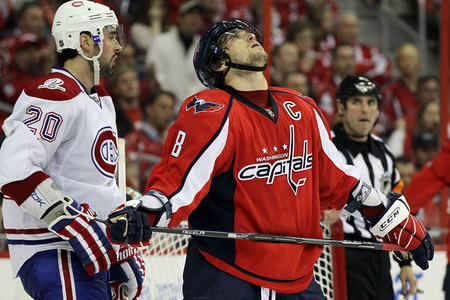 I know this, and believe me when I tell you I’ve been repeating this sentiment over and over since free agency began. But damn, it’s still tough to question the silence coming out of the Washington Capitals these days.

It’s true that, when it comes to decision makers in the D.C. sports scene, McPhee really is the cream of the crop. His work as the Caps’ general manager during “The Plan,” namely blowing up an aging/underachieving roster and rebuilding the franchise with a solid (and much younger) foundation, is enough to earn him a lifetime achievement award.

For those who aren’t familiar, “The Plan” is code word for McPhee willingly discarding any player he had with name recognition. He traded away established veterans like Jaromir Jagr, Peter Bondra, Robert Lang and Sergei Gonchar to stockpile draft picks and youngsters as a way to reboot the franchise.

He could have taken the easy way out and sat on his hands while the Caps were good enough to make the playoffs but never truly compete for the Stanley Cup. Thankfully, that’s not his style. Simply achieving mediocrity wasn’t acceptable. McPhee knew what needed to be done and then had the courage to execute, even if it ultimately could have cost him his job.

Think about this: Had McPhee wavered and/or convinced management to ride with the old timers a minute longer, then chances are that superstar forward Alex Ovechkin would have ended up in Pittsburgh. I don’t know how that goes over with you, but the thought alone makes me queasy.

And while Redskins fans have to live in a world where multiple draft picks are discarded for bums like T.J. Duckett and Brandon Lloyd, McPhee is the exact opposite. He ships away nobodies like Brian Sutherby and somehow steals a second rounder, which he then turned into goalie Cristobal Huet. Is any other team in town savvy enough to turn a seldom-used fourth liner into a starting goalie? Not a chance.

But let’s pause for a quick tangent. While McPhee deserves all of the praise he gets, the rest of the local general managers sure have made it easy for him to shine.

So yeah, while McPhee has earned the benefit of the doubt when it comes to building a winner, he’s also aided by the failures of his peers.