caps thrive with their backs against the wall 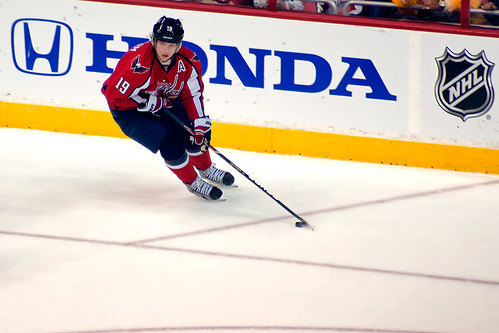 I’m not going to sugar coat it — the downfall of the Washington Capitals could very well be their inability to close out a wounded opponent in the final seconds of a game that was all but over.

Allowing forward Brad Richards to net the tying goal with 6.6 seconds left in regulation when the New York Rangers were essentially on life support is the kind of gaffe that team’s rarely ever rebound from.

And yet, I can’t allow myself to get overly worked up about the new and creative ways the Capitals continue to torture their fanbase.

I can’t rant and rave about how the life of a D.C. sports fan is bad for my health or call out a player for an ill-advised penalty in the closing moments of a tightly-contested playoff game.

Why? Because I caught on to this team’s dirty little secret a while ago.

The Washington Capitals are incapable of taking the easy way out.

They’re not interested in making life easier for themselves or their fans. They’re never going to venture down the path of least resistance. No, this franchise only knows one way to conduct business and they’re not going to rest until everyone involves looks at them and screams at the top of their lungs “What the hell were you guys thinking?”

Look, the 2011-12 Capitals have been “dead and buried” at least half a dozen times by this point. It started with the early-season collapse that resulted in the dismissal of coach Bruce Boudreau and then again when it looked like these players were either unwilling or unable to get on board with Dale Hunter’s system.

Hell, even I wrote on more than one occasion that this team was incapable of winning meaningful games in this system and that the front office needed to decide once and for all whether these players were worth building around.

But who could blame me for being critical of this franchise when they had 29 wins and 31 losses and sat in 10th place in the Eastern Conference heading into the final stretch of the season?

They needed 81 of 82 games just to sneak into the postseason and then absolutely no one believed they had a chance in hell against the defending Stanley Cup champion Boston Bruins.

How could a team suffering from a complete lack of identity go toe-to-toe with a battle-tested team like the Bruins? Who in their right mind would think a team that has made a living falling apart in the playoffs would suddenly overcome five years worth of mental breakdowns and bad habits against a proven winner like Boston?

And yet, apparently all it took was the general consensus that this team had zero chance of winning their opening round series to sufficiently motivate the Capitals.

Once they were written off by the national media and the hockey-viewing public and once they were officially far removed from the spotlight, the Caps finally showed what they were made of.

Seemingly overnight they bought in to what Hunter was selling. Diva players who couldn’t be bothered to do simple things like “get back on defense” were suddenly hustling on both sides of the rink and sacrificing their bodies for the good of the team.

Players weren’t worried about playing time or individual statistics. They only cared about what was best for the team.

Sure, they still made the journey as stressful as humanly possible for everyone involved — winning the first-ever series to have all seven games decided by a single goal — but the point is the Capitals still found a way to emerge victorious after folks had already begun to write their eulogy.

It happened again in the second round of the playoffs when the Caps fell victim to their old nemesis — triple overtime.

Never before in franchise history had the Capitals been able to bounce back and win another game after losing a game in triple overtime, and yet, thanks in large part to a green rookie named Braden Holtby who is either too young to know better or simply doesn’t care, Washington came out for Game 4 against the Rangers and imposed their will against a supposedly superior opponent.

So now, if we’re all lucky, the so-called experts will once again rush to bury the Capitals. They’ll go on for the next two days about how it’s impossible to recover from such a painful collapse and how there’s no reason to believe these players are capable of overcoming the emotional baggage that comes from yet another monumental defeat.

Hopefully they’ll begin looking ahead to who the Rangers will play in the Eastern Conference Finals and start asking questions like “Will Hunter return for a second season in Washington?” and “Has Holtby done enough to be the team’s starter moving forward?”

Because every single time people have given up on the Capitals they responded with a statement of their own — namely, we don’t give a damn about what anyone else thinks. We’ve got this.

So yeah, they continue to make life more difficult than they’d like it to be and they’re going to give their collective fanbase countless ulcers and/or heart conditions, but just know, this is exactly where anyone who was truly been paying attention should want the Capitals.

They’re not meant to be front runners. They’re not ready to be the belle of the ball. No, these players only respond when their backs are against the proverbial wall.

Well, they got their wish. Now it’s time to show the world one more time they’re made of.