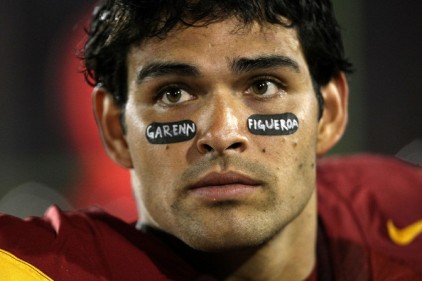 (photo by Harry How)

Like anyone else, fans of the Washington Redskins are cautiously optimistic that this weekend will be the next step in seeing their favorite team return to glory. To help prepare folks for this weekend’s festivities we asked some local experts to share their take on how things might possibly shake out when the Redskins are on the clock. So far we’ve talked to Matt Terl and Ryan O’Halloran. Our third installment brings us John Keim, who covers the Redskins for the Washington Examiner and is a contributor to the Sporting News and Warpath Insiders.

I think that’s obvious by this point, right? They need a pass-rushing end, a right tackle and a strong-side linebacker. They could use an anchor at left end, a young Phillip Daniels type, but do you draft that sort of player at 13?

The smartest pick is tough because we don’t know who will be available. If Brian Orakpo falls to this spot, he’d be the smartest because of the position he plays. Same with a guy like Andre Smith. And I think the smartest thing to do here is not to panic and feel they HAVE to get someone at a position.

The riskiest pick would be Michael Oher or Rey Maualuga. Both are talented, no doubt. Both bring some baggage. I also think a lot of the rush ends would be risky because each one pretty much has warts on their game.

Mark Sanchez. Ideally they’d take him at 13 because that would require no trade. To guarantee his arrival in D.C., they’d have to trade to number three. I’m not sold on Seattle taking him, so they might get away by moving into, say, the eighth pick.

Mark Sanchez. The Redskins would look bad if they whiffed on another quarterback.