this is why caps fans dread the playoffs 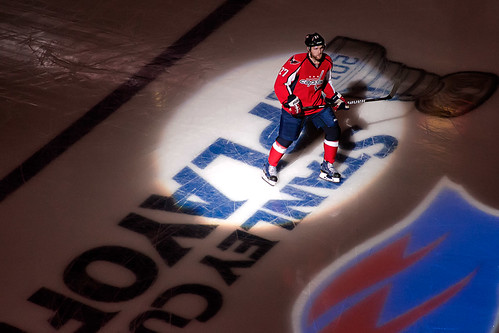 It’s never easy being a fan of the Washington Capitals.

While a relatively small group of us long-time diehards have commiserated through the years (and years and years) of heartache and disappointment that come with loving the local hockey team, I do realize that a large portion of the current fanbase is probably not aware of the strings attached to this franchise.

I, for one, am thrilled that the Capitals caught the attention of so many newer fans over the last five years because — let’s face it — it’s much more enjoyable to take in a game with a packed house rather than having an entire section of an empty arena to yourself.

That being said, I feel obligated to inform some of the “Rock the Red” era fans what typically comes next when the Caps reach this point of the postseason.

Spoiler alert: it doesn’t end well for the home team.

Sure, the Capitals had a three-games-to-two lead over the Boston Bruins with a chance to eliminate the Stanley Cup champions at home in front of a sellout crowd at the Verizon Center. But I’ve been a fan of this team for far too long to believe for a second that they would make things easy on themselves.

That’s why I wrote the following just last week:

“Is there any doubt this series is going the distance? Seriously, is there a person out there who doesn’t see the Washington Capitals and Boston Bruins needing every second of a seven-game series to determine a winner?”

Not only are these two teams evenly matched, but this star-crossed franchise has been following the same sad script for as long as I’ve been alive.

Let me put it this way — when the happiest moment your 37-year-old franchise has to offer is getting swept in the Stanley Cup Finals, you become conditioned to expect the worst whenever the postseason rolls around.

My earliest memory of the Caps breaking my heart dates back to 1987. As a 10-year-old, I tried my best to stay awake with my father and watch the Capitals and New York Islanders battle in an epic Easter game that required four overtimes before a winner was finally decided.

Sometime during the second overtime I drifted off to sleep and my first thought the next morning was, “I can’t believe I fell asleep. I need to know right this very second how the Caps won the game.” So I woke my father up at some ungodly hour to ask which one of my favorite players scored the overtime winner.

Needless to say, I was crushed to learn that Islanders forward Pat LaFontaine scored the deciding goal after 68 minutes of overtime.

Twelve years later it happened again, when the Capitals and Penguins needed 79 minutes of overtime during a playoff game.

While I was older and should have known better by then, I was actually in attendance the night Petr Nedved netted the deciding goal in the fourth overtime period after getting special permission from my drill sergeant to miss curfew and attend the playoff game while stationed at Fort Meade.

Sitting there while my favorite team played the equivalent of two consecutive games apparently wore my defenses down enough to believe that the Caps would emerge victorious against a hated rival in the most dramatic way possible.

And yet, once again, when it was all said and done I could only sit there in stunned silence as the Capitals stumbled once again during the postseason.

By this point, I’m a grizzled veteran when it comes to coping with the Caps and their heartbreaking playoff losses.* Once you’ve suffered through the fifth and 10th longest games in NHL history only to see the hometeam fall apart in the end … well, devastating losses simply become a way of life.

*I’m not even getting into the countless times the Capitals held a three-games-to-one lead on the Penguins only to fail to close out the series on a vulnerable opponent. Nothing good comes from that conversation and now that I’ve got a nine-month-old to care for I don’t have nearly enough money in the bank account to pay for all of the therapy that comes from ripping off the scab on that old wound.

There are plenty of fans out there, many of which I consider close friends, who continue to remain upbeat and optimistic when it comes to the Caps. But that ship sailed for me long ago.

I’d love to believe the Capitals will travel to Boston and defeat the Bruins in a series no one believed they could win, but history says it ain’t gonna happen. There have been too many letdowns and collapses along the way for this Charlie Brown to actually believe he can kick that damned football.

I’ll still tune in Wednesday night and cheer as loud as possible, but in the back of my head I’ve already accepted how this plays out. The Capitals and Bruins will more than likely play in a tightly-contested game that once again comes down to the wire.

But when the season is on the line and everyone else is on the edge of their seat, the Caps will inevitably find a new and creative way to blow it in the playoffs.

Or better yet, maybe they’ll shock the hockey-loving world by eliminating the Bruins and right about the time people begin to notice that some of the favorites in the Eastern Conference are no longer in their way, the Capitals will do what they do best in the postseason.

Either way, I can’t help but feel there are no happy endings for Caps fans in the playoffs.

Maybe I’m just bitter and jaded at this point after letting my guard down one too many times over the years, but this is my coping mechanism. This is how I compartmentalize the heartache and disappointment. I expect the worst and am pleasantly surprised if the Capitals don’t fall flat on their face in the spotlight of the Stanley Cup playoffs.

At this point, I’d love to be wrong. But too many years of rooting for the Capitals have me conditioned to believe this postseason run is not going to end well for Alex Ovechkin and his teammates.