capitals are no longer must-see TV 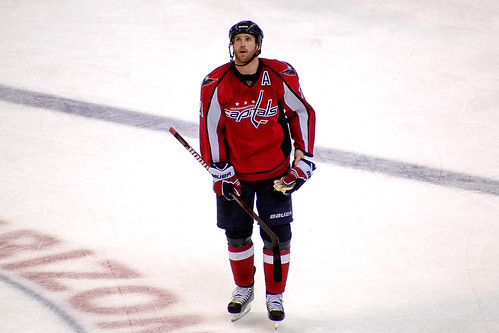 My biggest point of contention with the Washington Capitals these days revolves around the organization-wide identity crisis currently saddling the team.

The majority of the players who have been here for any length of time are a shell of what they once were. And while production has floundered across the board, most of these same players have struggled to adapt.

Since the day teams started playing them differently — for example, defenses now aggressively attack Alex Ovechkin as soon as he enters the offensive zone to take him out of his comfort zone and force the captain to settle for a bad shot — Caps players have seemed lost.

The style of play that made the Capitals one of the NHL’s most exciting teams no longer works and too many players have been unwilling or unable to make the much-needed changes to their game.

Too often this season, Washington has looked disinterested and/or genuinely baffled as opponents continue to take away their bread and butter. It’s as if these players never even contemplated that at some point opponents might try to defend them differently.

Apparently these players thought they could get by on sheer talent and intimidation for as long as they graced the league with their presence and the fact that someone — anyone — actually had the audacity to get in their way caught them completely off guard.

So the product fans are “treated” to this season involves a roster completely devoid of chemistry, passion and mental toughness.

Much like the reputation that forward Alexander Semin has built in the league, the Caps have become a team that shuts down as soon as the going gets tough. Just punch them in the proverbial mouth in the early stages of a game and watch them wilt.

But don’t take my word for it. Here’s what one of the best players in hockey thinks of the Capitals these days.

“They have a good team, but in the NHL it doesn’t matter how many stars you have, what matters is how they interact,” said New Jersey Devils forward Ilya Kovalchuk. “It’s really down to the coach. I guess they sacked [Bruce] Boudreau too soon.”

“They were a more interesting opponent under their previous coach,” he continued. “They were open, attacking and let the opponent play. They’d expect to win 7-5 or 8-6. Now their coach wants them to pay attention to the defense, but they just don’t have the players for that kind of game. We’ll see what they are like next year.”

I mean, it’s one thing for a blogger to suggest the Caps are a train wreck. After all, if you’re the owner you just chalk it up to a disgruntled fan creating “wicked pixels” because he’s got some sort of agenda or axe to grind.

But it’s another story all together when an elite player such as Kovalchuk, who doesn’t exactly have the reputation as a guy who runs his mouth just for giggles, openly questions what the hell you’re doing as an organization.

Here’s the kicker — ﻿everything Kovalchuk said is 100 percent correct. And everyone seems to know it … well … except the people involved.

The players go through the motions, but their hearts clearly aren’t into it anymore. The coach continues to try to jam a team of square pegs into a round hole with expected results and the general manager happily buried his head in the sand on trade deadline day, so it’s tough to get his thoughts on a team that he clearly believes would win the Stanley Cup if only injuries weren’t a part of professional hockey.

My favorite part of Kovalchuk’s comments was his very last sentence.

While a few fans continue to say their prayers and eat their vitamins in hopes of a magical run, Kovalchuk has all but declared Washington’s season over.

It’s as if he knows there’s no reason to believe these players are going to suddenly start learning from the same mistakes they’ve committed all season long and he’s ready to see the franchise turn the page and make the sweeping changes needed to regain relevance.

Kovalchuk isn’t a Caps fan by any means, but it’s clear he appreciated what they were able to accomplish during their abbreviated run.

Boudreau’s Capitals were flawed, but they at least had an identity. They embraced who they were and what they did well and the results were tough to question.*

*Well, in the regular season at least.

But these days, the Caps can’t get sufficiently fired up to play anyone.

A reasonable person would think motivation comes easy when you’re playing New Jersey (a team they’re chasing in the playoff hunt), Philadelphia (a heated rival) or Carolina (a doormat with the worst road record in the NHL) during the most important month of the season.

For reasons that remain unclear however, that’s simply not the case.

The Capitals are now in the midst of a three-game losing streak and continue to give no indication that they’re remotely interested in extending their season.

Since the players have clearly packed it up and are simply playing out the stretch while counting down the days until their vacation begins, I’m done losing sleep over these players.

While it’s nice to see grinders like Troy Brouwer, Brooks Laich and Jay Beagle hustle and refuse to quit, there are far too many passengers on the payroll. Until management is willing to do something about it, the Capitals are no longer must-see TV for me.

Why should I waste my time and money supporting a group of players who can’t even have the common courtesy to put forth an honest effort for three consecutive periods of play?

And look, I’m not mad at them. I’m just tired of everyone involved making excuses rather than addressing what’s wrong with this franchise and attempting to fix the problem.

So rather than get worked up anymore when the players no-show yet another “must-win game,” I’m simply declaring the season is officially over. My expectations have been officially adjusted and like the players, I too am happily counting down the days until the season finale.

As for the future, well …