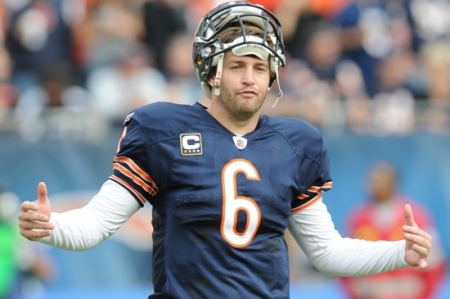 Ladies and gentlemen, it’s time for the eighth-annual “Why your team won’t win the Super Bowl” column. So head to Las Vegas and put money on it – this is why your favorite football franchise won’t get it done this year.

Arizona Cardinals – For his career, Kevin Kolb is 3-4 with 11 touchdowns and 21 turnovers (14 interceptions and seven fumbles). In Arizona, that translates into a five-year, $63 million contract.

Atlanta Falcons – The Falcons have won 33 of 48 regular season games over the last three years, while going winless in the playoffs. They’re one more postseason collapse away from moving to San Jose and naming Joe Thornton captain.

Baltimore Ravens – I’m convinced Ricky Williams signed with the Ravens after watching The Wire. Don’t be shocked when he tries to move to Hamsterdam.

Buffalo Bills – I’m pretty sure it’s not a good sign when your team’s best player is your punter.

Carolina Panthers – The Panthers have paid out more than $100 million in signing bonuses this offseason because, any time you have the chance to overpay the core of a 2-14 team, you’ve gotta do it.

Chicago Bears – It’s probably not a good sign that Jay Cutler’s most consistent target during his time in Chicago has been DeAngelo Hall.

Cincinnati Bengals – With Carson Palmer and Chad Ochocinco gone, the Bengals don’t have five players on the roster casual fans can name. Sadly, they might not even have five players worth learning the names of.

Cleveland Browns – The one head coach in Ohio worth a damn took his sweater vest and went home.

Dallas Cowboys – Little known fact: Tony Romo and Candace Crawford were originally supposed to get married at the end of last year, but she demanded the date be moved to July because, as you know, Romo never shows up in December.

Denver Broncos – Broncos fans are so stupid, they actually chanted for Tim Tebow to be the team’s quarterback even though he’s not any good.

Detroit Lions – The Lions head into an NFL season with legitimate expectations for the first time since Barry Sanders carried the load in the Motor City. What could go wrong?