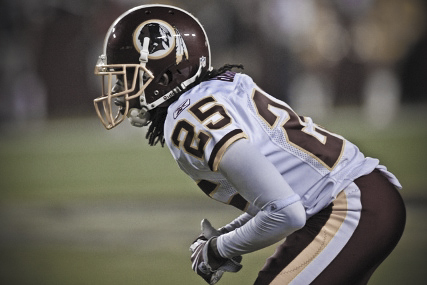 Ladies and gentlemen, it’s time for the seventh-annual “Why your team won’t win the Super Bowl” column. So head to Las Vegas and put money on it – this is why your favorite football franchise won’t get it done this year.

Arizona Cardinals – Okay, wait – your gameplan was to let Anquan Boldin walk away and then make Matt Leinart your starting quarterback? That’s your idea of putting your best foot forward?!? Come on, son. You’re not even trying.

Atlanta Falcons – The Falcons are coming off back-to-back winning seasons for the first time in franchise history. No pressure.

Buffalo Bills – Ask the Maple Leafs the last time a team who willingly plays home games in Toronto won anything.

Carolina Panthers – The Panthers have one player worth a damn in their passing game – four-time Pro Bowler Steve Smith. How did he spend his offseason? Breaking his arm playing flag football.

Chicago Bears – Great idea putting Mike Martz and Jay Cutler together. I mean, these two have always been willing to set their egos aside when facing adversity, right? They’re definitely a match made in heaven.

Cincinnati Bengals – Stockpiling washed-up Dallas players who couldn’t win anything meaningful when they were Cowboys sounds like a great plan. What could go wrong?

Dallas Cowboys – Admit it, the thought of Jerry Jones watching two other teams play in the Super Bowl in his dream stadium is too awesome to cheer against. He’d cry after reading this, if his face was capable of showing emotions.

Denver Broncos – Everyone loves an athletic quarterback who can keep defenses guessing, right? Wrong. Mike Vick and Vince Young were better college players than Tim Tebow and how many Super Bowl have those two won?