showtime versus the predator 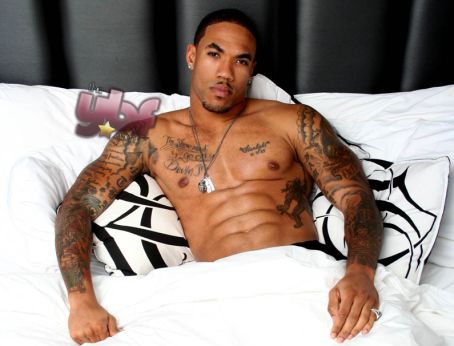 Back in September of 2008, rookie safety Chris Horton made a lasting impression in his first career start with the Washington Redskins.

In a Week 2 matchup, the New Orleans Saints committed three turnovers. All three ended up in the hands of Horton, who was thrust into the starting lineup only after an illness forced Reed Doughty out of the lineup.

The seventh-round draft pick was all over the field – recovering a fumble and intercepting Saints quarterback Drew Brees twice during Washington’s 29-24 victory. The effort was impressive enough that Redskins defensive coordinator Greg Blache borrowed a phrase from hockey, dubbing Horton’s feat a “hat trick.”

That week, Horton was given the nickname “The Predator” by a high schooler who happens to be my next-door neighbor. I posted something here on the website and, from that moment on, the nickname stuck.

Everywhere you look, whether in Sports Illustrated articles or on Horton’s personal website, his nickname of “The Predator” can be found.

Now, here’s where things get interesting.

Apparently the third-year receiver liked the movie, because he went on Twitter as soon as the movie and began referring to himself of “The Predator.” When fans pointed out that one of his teammates already had that nickname, Thomas posted the following:

“im the real predator chris just has the dreads!”

With that in mind, I caught up with Thomas to address the situation and to see why he felt, after two years, he should take over rights to the nickname. I mean, it was my website that got this whole thing started anyway.

“You shouldn’t have given him that nickname,” Thomas said. “The man never watches the movies. I have ‘The Predator’ on my ribs. The ribs!?! Who gets ‘The Predator’ tattooed on their ribs unless they’re really about ‘The Predator?’

“I’m about ‘The Predator,’” he continued. “I don’t have the dreads. He has the dreads, yes. So he might look like ‘The Predator.’ But when it comes to the real name, the movie, the concept of Dutch, Dillon, Billy, Poncho, Hawkins and all of the characters from the first movie – that’s me. I’m ‘The Predator.’ I ain’t got time to bleed.”

Have you talked to Horton about this? Do we need to set up something so you two can talk this out?

Apparently this beef has escalated to the point that teammates are being asked to pick sides.

“You know, Chris was telling me that Devin was trying to take the nickname from him,” said safety Kareem Moore. “To me, he just wants it now that Chris made it hot. Chris was a trendsetter with it and now Devin is just trying to go along with it. I don’t know how they gonna work it out …maybe Chris needs to put a patent on it or something. He’s already got the t-shirts. I don’t know what Devin thinks he’s got.”

Moore, who rooms with Horton when the Redskins are on the road, wasn’t done.

“You know, Devin is the self proclaimed ‘Showtime,’” he said. “He gave himself that nickname, so I don’t know how he thinks he’s gonna switch now to ‘The Predator.’ I know he’s got the tattoo and he loves all the movies and stuff. But I don’t know how they’re gonna work that out. I’m sure they’ll come to some kind of agreement or something.”

Inevitably, it was only a matter of time before we tracked down Horton to get his take on this situation. I mean, when one of your teammates calls you a fake and says he’s not worthy of the nickname, the man deserved a chance to respond.

“You know, this guy called himself ‘Showtime’ when he first came in,” Horton said. “Now that my name is really hot around here – everybody’s yelling out ‘The Predator’ and nobody is yelling out ‘Showtime’ – he wants to try and steal it. I mean, what’s a tattoo? He’s a cartoon guy. The man has King Tut tattooed on him, ‘The Predator,’ Winnie The Pooh. I mean, he’s got everything like that. But there’s only one Predator. I got the hair. I got the killer instinct. That’s ‘Showtime.’ He’s the flashy guy.”

At this point, I felt obligated to point out that Horton was given the nickname by ‘Skins fans, while Thomas was attempting to give himself a nickname – which should be against the law.

“He thinks he can call himself that because of the movie,” Horton said. “He’s watched more of the movies than me. But you know, after the first and the second one, I don’t have time to get watch the remakes and the ‘Alien versus Predator.’ I ain’t got time for that. The fans gave me ‘The Predator’ and I’m taking it. If he wants it, he can’t have it.”

Since he keeps talking about how big of a fan of “The Predator” he is, then shouldn’t he just come out and admit he’s a big fan of you?

My take on this is that the fans gave Horton the nickname, and therefore he should get to keep it. As far as Thomas goes, he can either embrace Horton’s moniker or pick another name from the “Predator” franchise.

Maybe the best way to resolve the issue is to give Thomas the nickname “Dutch,” in honor of Arnold Schwarzenegger’s character in the movie. Think about it. He was the guy who was on the offensive, hunting “The Predator.”

And last I checked, Thomas plays offense. If “Showtime” isn’t good enough anymore, we can start calling him “Dutch.” After all, the only one who might object is Thomas’ Rottweiler, who has the same name.

In keeping with his “man of the people” mentality, Horton decided over the weekend to join the world of Twitter. As previously mentioned, Thomas has had a Twitter account for a while now. I invite you, the fans, to voice your opinion on the subject to Horton and Thomas. Let them know who deserves the name.

And finally, here’s video of Horton’s response. Sure, he’s laughing throughout and this is a light-hearted feud, but he’s still adamant that “The Predator” belongs to him.