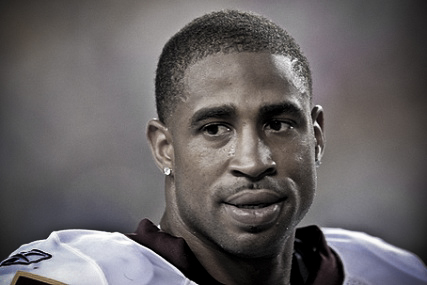 In the days leading up to the NFL draft, we checked in with several different media members in hopes of getting an idea of which direction the Washington Redskins might go.

Having spent more than a few days at Redskins Park during his time in Washington, safety-turned-writer Matt Bowen spoke confidently about how he saw things playing out.

He believed that ‘Plan A’ for the ‘Skins was to trade up for USC quarterback Mark Sanchez. The fallback plan, if they didn’t have enough to execute a trade, would be Texas Longhorn standout Brian Orakpo, Bowen said.

Of course, the rest of us had to wait until the draft came and went to see everything unfold. And while the front office didn’t get their first wish, Redskins fans are thrilled to have the crazy-talented Orakpo added to an already stout defense.

With that in mind, we went back to Bowen, who writes for the National Football Post, to see how he thinks the 2009 season will play out for the burgundy and gold. In part one of our interview, Bowen focuses on the defense. And yes, he’s just as excited as the rest of us to see all of these talented pieces come together.

The last time we chatted was right before the NFL draft. Had we simply listened to you, we could have skipped the entire draft and known Orakpo was on his way. So tell us, what do you think of the highly-touted rookie?

“I think the telling thing about Brian Orakpo is that Greg Blache is going to start him,” Bowen said. “Because I’ve played with Greg Blache and he’s very tough on rookies. Extremely tough. But the fact that he’s starting says a lot about his ability to show the coaching staff what he can do back in camp. And it also shows that the Redskins need playmakers up front.

“I fully expect Orakpo to be in a three-point stance on third downs,” he continued. “I know the ‘Skins don’t show a lot during the preseason, but they want to get the most out of his talent and that means putting him on the edge and letting him use his speed to rush the passer and make plays. That’s why you draft a guy like that. You don’t draft a ‘tweener’ to drop him back into coverage all the time. Let him hunt. Put him on the line and let him go after some quarterbacks. Let him go after Eli Manning this weekend and see what he can do.”

Another new face in town is defensive tackle Albert Haynesworth. What are your thoughts on that signing?

“The thing about Haynesworth, he eats up two guys at the line of scrimmage,” he said. “You can’t block him one-on-one. And when he takes up two guys, it allows guys like London Fletcher to make plays. And as we saw in the preseason, when Haynesworth gets to the quarterback, he can take them out. He can take them out for the season. He’s very physical and, depending on his conditioning, you want him in there on every crucial play because he’s a difference maker. The only negative people can bring up is that they overpaid for him, but if he brings wins, you can’t put a price on that. That’s what this league is about.”

The final addition on the defensive side was the resigning of cornerback DeAngelo Hall. What’s your take on Hall and the secondary in general?

“I really like their secondary,” Bowen said. “I’m not a huge DeAngelo Hall fan, but I talked to guys who played with him in Atlanta, and they said he’s the best athlete in the National Football League. That’s a big statement. It didn’t show in Oakland, but a lot of players don’t show it in Oakland. There’s something wrong out there. There’s something going wrong, especially when they lose at least 11 games in each of the last six years.

“Maybe he is a reborn player,” Bowen said of Hall. “Maybe that’s what Dan Snyder and Vinny Cerrato saw, but I like him there. I like Carlos Rogers. You know, Fred Smoot’s my guy. I played with him when I was there, and I couldn’t believe that Maurice Jones-Drew was talking about Fred Smoot tackling him. Freddie’s not that type of guy. And LaRon Landry is one of the most underrated safeties in the National Football League. That guy can play some football. He can hit. He can make plays.”

After the death of Sean Taylor, the Redskins really had to change Landry’s responsibilities. Now, with the emergence of a guy like Chris Horton, you’ve got to figure Blache is comfortable enough to start finding new ways to utilize Landry, right?

“I played with Sean, and there’s not a better athlete that I’ve ever seen in my life than Sean Taylor,” Bowen said. “And yeah, it did force them to make some tough decisions and to move some guys around. But I’m telling you, when you see a safety who can go from the middle of the field and overlap a nine route – basically a fly route – and get there with a physical presence, that’s what you’re looking for. That’s when you break out the big money, because those guys are hard to find.

“At that position, you’ve got to be fast, you’ve got to be physical and you’ve got to know the offenses well enough as a student of the game to know where the ball is going,” he said of Landry. “He’s all of that. If they can get the pressure up front, that allows Landry to play centerfield. And if that happens, a lot of plays are going to be made.”

Anything else we should address on the defensive side?

“You know, I hope Smoot has a great year,” Bowen said. “Fred Smoot is one of my favorite players of all time. The guy’s been through some tough things off the field, up in Minnesota and everything, but the guy comes to play football and he’s entertaining. If you ever get a chance during training camp, get down there on the sidelines and listen to him when the guys are stretching. People should have to pay for that comedy. It’s that good.”

Like you said earlier, it’s unheard of that Maurice Jones-Drew would say something about Smoot, especially since he’s not exactly known for his hitting …

(Laughs). “Man, I ran into Fred one time in practice and they brought the ambulance out on the field,” he said. “Seriously. Out on the practice field. He gotten taken away and everything. It was like a daytime soap opera, and he was back at practice the next day. He’s the best. He really is.”

Needless to say, it is our mission to check in with Smoot this weekend in New York to get his side of the soap opera … er … story.

Check back tomorrow for part two of the Bowen interview, in which he breaks down the offense and shares his prediction on how things will ultimately play out for the Redskins this season.