unlike in high school, chemistry matters 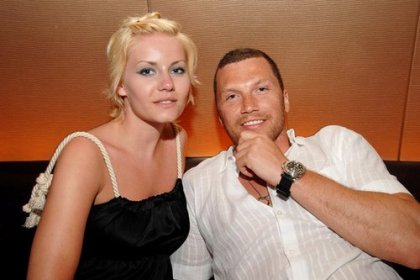 As a follow-up to yesterday’s HoboTrashcan column on professional malcontent Terrell Owens, we wanted to post some quotes from a few Washington Capitals players we had the chance to catch up with earlier this week.

In football there’s Terrell Owens. In hockey, it’s a guy like Sean Avery who provides regular distractions to seemingly whatever team he’s playing for. Do actions from selfish players like that really affect their team on the field or on the ice?

“Yeah, I mean, you really want to have your team stick together,” said Caps forward Eric Fehr. “Through thick and thin, you’ve really got to stick together. I know our team will do that when push comes to shove. We’ve got a great group of guys and we’re excited with what we’ve got together for the playoff run.”

You bring up an interesting point – how important is team chemistry?

“Team chemistry is really important,” Fehr said. “We managed to keep our same team together after the trade deadline here so we feel like we have the chemistry, we’ve just been struggling to score some goals. But we do have great chemistry in this room. We enjoy being around each other, so that’s huge going into the playoffs.”

What say you Mike Green? Does a “me-first” player like that really bring down a locker room?

“Well, you don’t want it to, but it does,” said the Capitals top defenseman. “You obviously don’t want someone like that causing problems, but a lot of times with guys like that it takes a lot of attention off of a lot of other guys. So I guess for everything that’s negative, there are some positives. That being said, you don’t want a guy like that in your locker room.”

So would you be for or against adding a guy like Avery – maybe not him specifically, but a controversial guy like him – to this team?

“If that’s the way he is – I don’t know him personally and I only know what I hear in the media – but as long as he does what he needs to do on the ice, that’s all that matters,” Green said.

Putting it in non-sports terms, we know if you have to share an office with an asshole, it’s going to wear on you …

(Laughs). “Absolutely,” Green said. “You never want something like that.”

So we guess that rules out bringing Don Cherry into a front office role with the Capitals, huh?