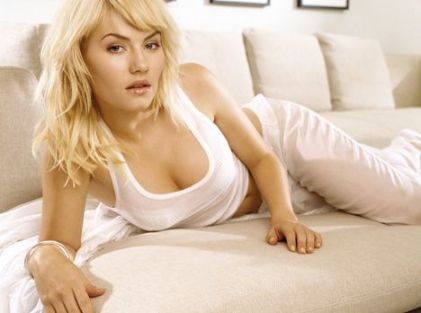 National coverage is currently fixated on all things Plaxico Burress – did he really use the Ron Mexico-style alias “Harris Smith” after accidentally shooting himself while at a nightclub? Did teammate Antonio Pierce try to help cover the whole thing up? Did Burress rob his New York Giants teammate Steve Smith at gunpoint? (Okay, maybe I got that headline confused, but you get the point).

At any rate, there’s not much chance any of the major sports networks or outlets have had time for anything other than all-Burress all the time, which is really too bad, because the rest of the nation is missing a really juicy story coming out of the National Hockey League.

Dallas Stars forward Sean Avery created a nice little controversy this week thanks to his not-so-subtle comments made during a morning practice session before the team’s game against the Calgary Flames.

“I’m just going to say one thing,” Avery started. “I’m really happy to be back in Calgary, I love Canada. I just wanted to comment on how, it’s become like a common thing in the NHL for guys to fall in love with my sloppy seconds. I don’t know what that’s about, but enjoy the game tonight.”

For those not familiar, Avery was referring to Flames defenseman Dion Phaneuf, who is dating Avery’s ex-girlfriend Elisha Cuthbert, of 24 and The Girl Next Door fame. In response to his comments, the NHL suspended Avery indefinitely for “conduct detrimental to the league or game of hockey.”

A 2007 poll of 283 NHL players found out that Sean Avery was easily the most hated player in the league, earning more than 66 percent of the votes. He’s been accused of making racial slurs against opponents, accused of making fun of a hockey player diagnosed with leukemia and is generally viewed as an asshole in and around league circles.

He’s also the guy who last season was standing in front of New Jersey Devils goalie Martin Brodeur waving his hands and stick around like a jackass – prompting the league to create the “Sean Avery Rule” the very next day, a rule that cracks down harder on unsportsmanlike conduct (specifically, waving your hands and stick in a goalie’s face like a jackass). So needless to say, he’s not going to ever be considered the teacher’s pet with the league office.

But here’s the thing – the NHL completely dropped the ball on this one.