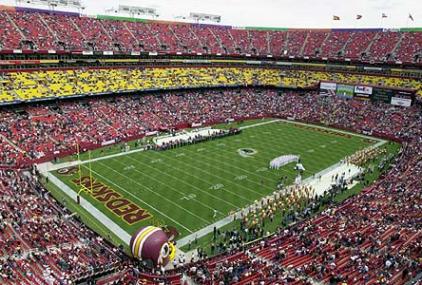 First there was the embarrassing loss to the previously winless St. Louis Rams. Then, the back-to-back beatdowns at the hands of the Pittsburgh Steelers and Dallas Cowboys on primetime television. Most recently, there was the uninspired effort against the New York Giants on a day meant to honor a fallen teammate.

Any way you spin it, one thing is certain when discussing the Washington Redskins – they have absolutely no home-field advantage. How else can you explain a 4-1 record on the road this season and a 3-4 record at home?

“You know, I don’t know,” said fullback Mike Sellers, who was clearly stumped. “I didn’t even think about that until you brought it up to be honest with you. Hmmm … I don’t know.”

Do you guys stay in better hotels on the road? Are you happy to get away from your family for a couple days? Seriously, what’s going on?

“Mr. Snyder takes great care of us period, so being on the road doesn’t really matter,” Seller said. “I really don’t know what it is. I really, honestly couldn’t answer that.”

We let Big Mike off the hook and headed elsewhere in search of answers.

“We just seem to play a little bit better on the road,” said running back Rock Cartwright. “I don’t know why. That’s just the way it is. You’re supposed to be better at home and worse on the road, but it’s vice versa for us. Hopefully we can continue to win games on the road and get one back at home at the end of the season.”

Does anyone in this locker room have any idea why the Redskins do better away from home?

“I don’t know. It just kind of seems to be working out like that,” said linebacker Marcus Washington. “Some people seem to think that at home you have more of an advantage, but I guess we’re trying to prove that theory wrong.”

Sadly, Marcus is on to something there. With one home game left to play this season, here’s the Redskins record at FedEx Field over the last five years:

That’s right, the ‘Skins have gone just 20-19 at home over the last half decade. Basically, if you score tickets to a game at FedEx Field, it’s a coin toss whether the home team wins or not.

Are the fans to blame? We know far too many of them sold their tickets to Steelers fans, but has it affected the players on the field?

“I think the fans play off of us,” Washington said. “If we’re out there rocking and socking, then they can’t help but get into it.”

Okay, so it’s not on us. As players, do you have to have a different mentality for road games, as opposed to when you’re at home?

“Pretty much, it’s all odds against you and it’s a challenge because you know everyone is rooting against you,” said wide receiver Devin Thomas of playing on the road. “It’s kind of fun. You’re kind of like the bad guy. In that adverse environment, you’ve really got to step up and it feels really good when you do something to quiet their crowd.”

(Laughs). “No, not at all,” Thomas said. “You know, we get so much support at home and it’s disappointing that we haven’t been winning at home.”

Meanwhile, on the other side of the spectrum, we’ve got the Washington Capitals, who are 10-1-1 at home this season. If that’s not impressive enough, check this out. Since Bruce Boudreau became the coach last November, the Capitals have gone an impressive 31-9-4 at the Verizon Center. The man took over an underachieving Caps team that started the season winning just two out of nine home games and almost over night transformed the Phone Booth into a place opposing teams hate to visit.

“We want teams to come in and almost feel like they’re down a goal,” said Capitals forward Brooks Laich of playing at the Verizon Center.

“It’s been fantastic here,” Laich said. “If you go back to last season, what the fans started doing, we started winning consistently and we’ve got this thing around here called ‘Rock the Red.’ We just live off the fans. They’ve come out and have supported us. They’re very passionate and enthusiastic fans. Everyone talks about the Canadian cities and those are the real hockey towns, well Washington is turning into one of them.”

So here’s the million-dollar question – how can we get the Redskins to where the Capitals are? What do we have to do to see the ‘Skins become as dominant at home as the Caps?

Best as we can tell, there are three choices. One, hire Bruce Boudreau. That’s probably not an option right now. We’re fairly certain his current employer wouldn’t approve. Second, learn to play on ice. While quarterback Jason Campbell is clearly willing to give it a try (and for comedic purposes it would be wildly entertaining), that’s probably not doable either. Which leaves us with door number three – move the team back to D.C.

The Caps have won 31 of their last 44 home games while playing in D.C. The ‘Skins have won just 20 of their last 39 games in Maryland. The numbers speak for themselves – move the Redskins back to Washington and all will be well again.

Besides, the team won three Super Bowls playing in D.C. How many have they won since they left? 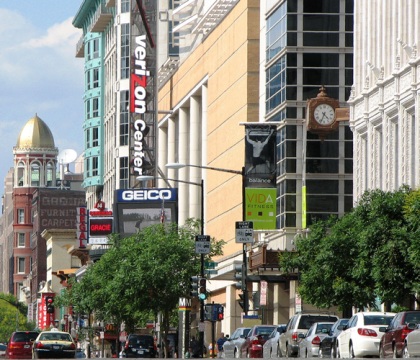