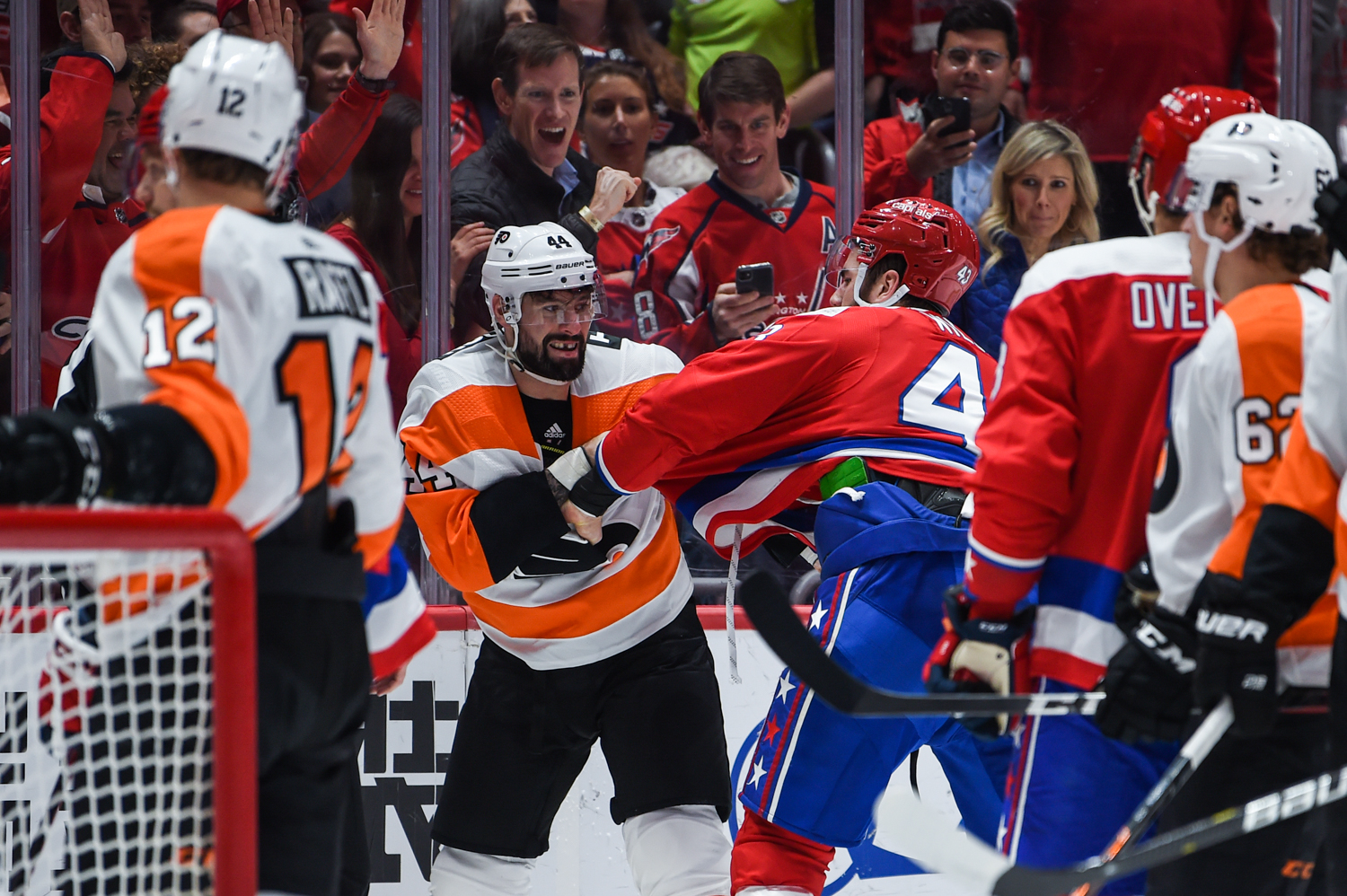 Philadelphia prides itself on toughness. So much so, they actually built a statue of fictional boxer Rocky Balboa.

While the “City of Brotherly Love” is busy fawning over make-believe pugilists, Capitals forward Tom Wilson has made a name for himself as a real-life tough guy — kicking ass and taking names (and winning the Stanley Cup, for good measure) during his seven seasons in Washington.

For reasons that will likely forever remain unclear, forward Nate Thompson and defenseman Robert Hagg each thought it was a good idea to drop the gloves against Wilson on this night. Harkening back to the days of Mike Tyson in his prime, Wilson dropped both would-be challengers with relative ease.

Unfortunately, the rest of the roster was unable to rise to the occasion in similar fashion, and the Capitals fell to the Flyers, 5-2.