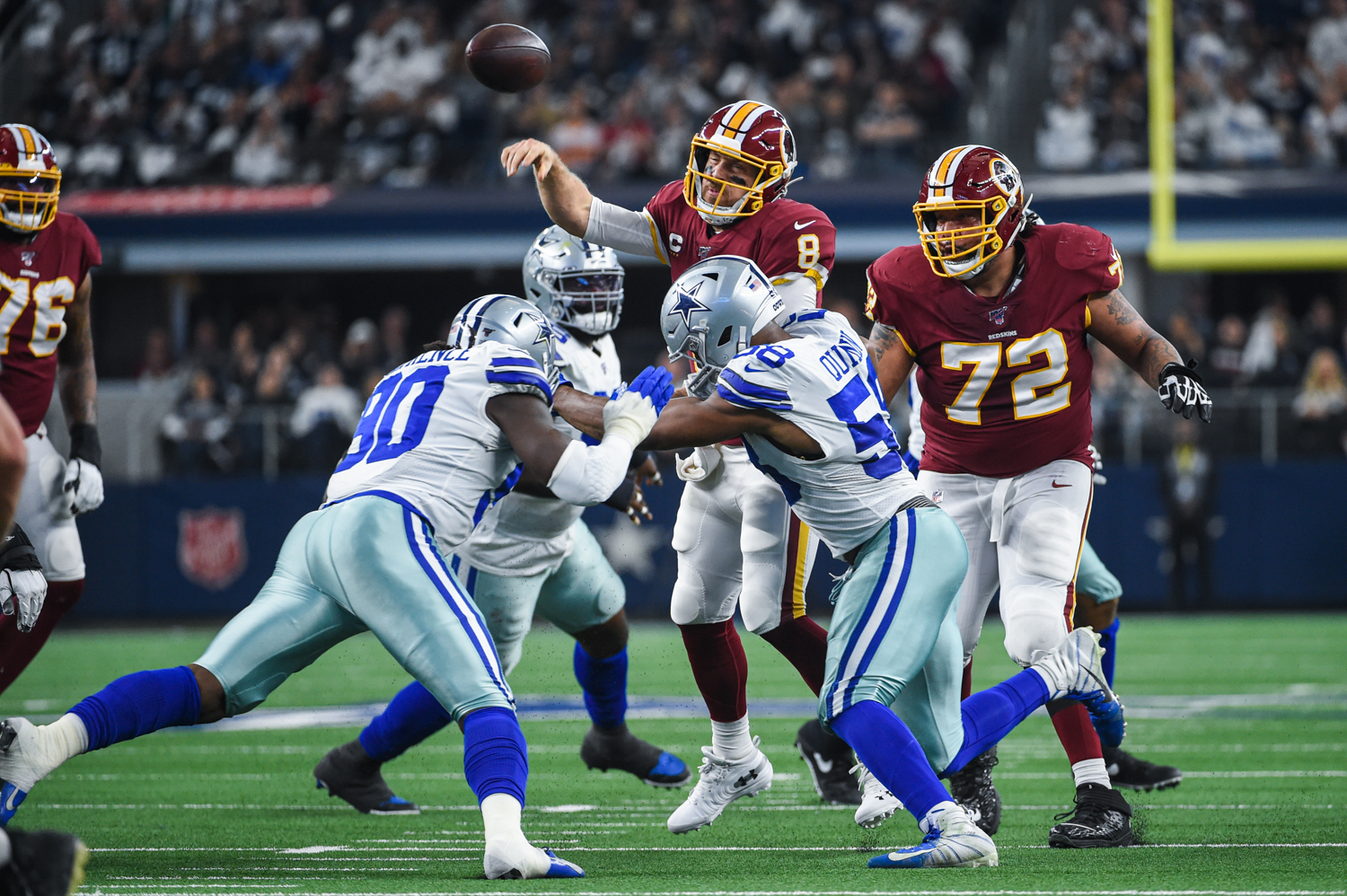 Regardless of what the NFL schedule said, the 2019 season ended long ago for the Washington Redskins.

Sure, the Redskins technically had one final game left to play out, but all eyes in our nation’s capital were already looking past a Week 17 matchup with the Dallas Cowboys.

Is this the year Redskins owner Daniel Snyder finally listens to the disgruntled fanbase and fires Bruce Allen? Who will the franchise hire as the next head coach? Which of the players on the current roster will still be wearing burgundy and gold this time next year? And, most pressing to ‘Skins fans, could the Redskins secure the second overall pick in the 2020 NFL Draft?

A loss to the Cowboys in the season finale would lock up that highly valuable asset, which is why the franchise elected not to bring a single defensive back anyone has ever heard of to Dallas.

In related news, the Cowboys racked up 517 yards of total offense and cruised to an easy 47-16 victory. But while Dallas might have won the day, their efforts weren’t enough to sneak into the playoffs.

And while Washington’s backups proved no match for the Cowboys, the franchise locked up a top two pick in April, which will absolutely help whoever is in charge next season.