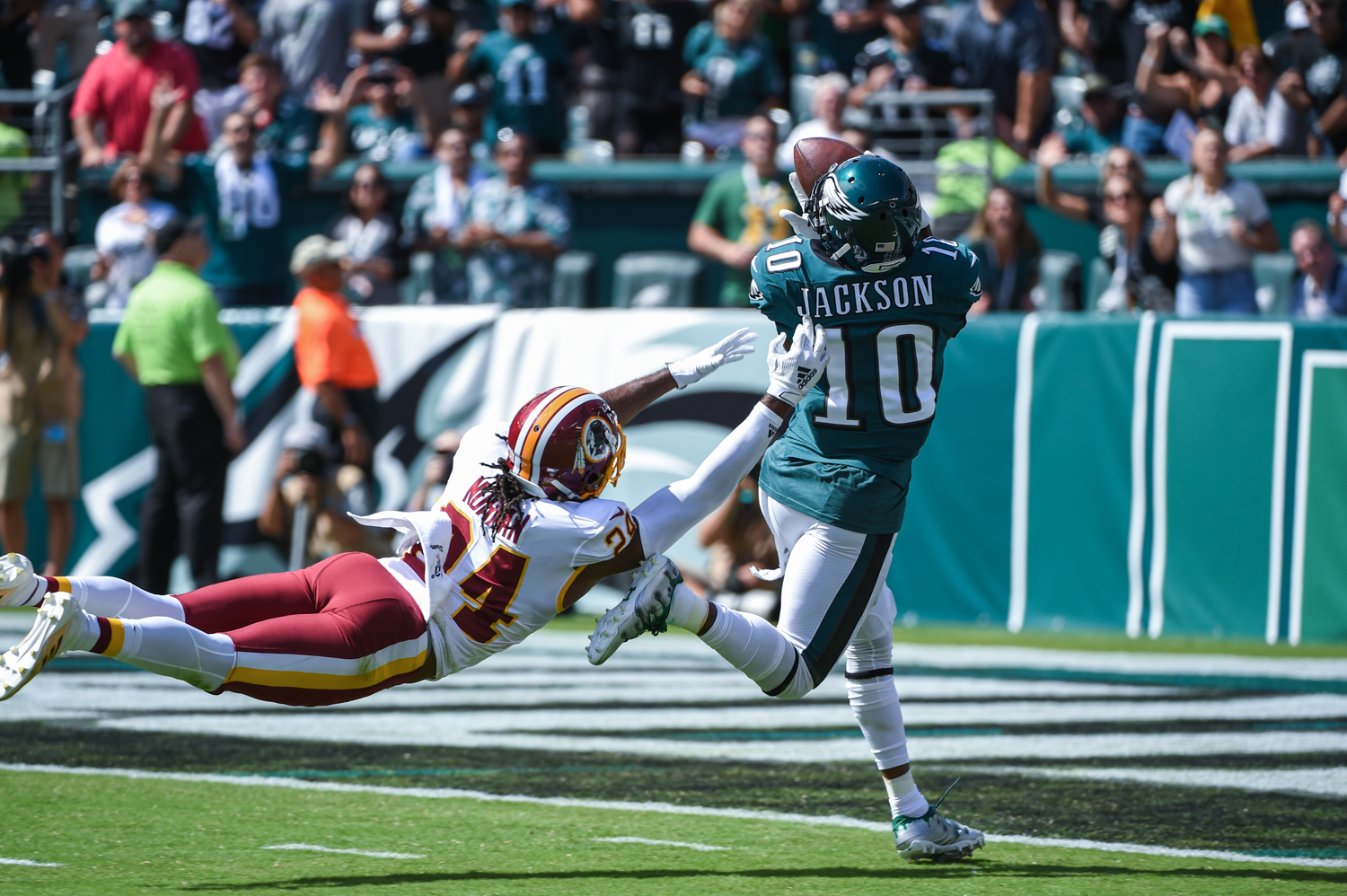 NFL schedule makers did the Washington Redskins a huge favor, assigning them a measuring stick matchup to kick off the 2019 season.

That’s because there’s zero pressure taking on the Philadelphia Eagles, the presumptive favorite in the NFC East, in their hostile stadium when no one outside of Redskins Park gave them much of a chance to avoid embarrassment.

And while most of the football-loving world expected a blowout, Washington refused to follow conventional wisdom. Instead, the Redskins’ offense, which features way more question marks than sure things, came out firing on all cylinders — jumping out to a 17-0 lead that stunned the Philly faithful, who could barely muster up the energy to boo their hometown team.

Unfortunately for the burgundy and gold, they were unable to hold on to their 17-point lead. Like a veteran boxer, the Eagles were able to weather the early storm and then methodically worked their way back into the contest before overpowering their opponent.

The knockout blow on this day, was delivered by wideout DeSean Jackson, who torched his former team as he returned to his other former team — with eight receptions for 154 yards and two touchdowns.