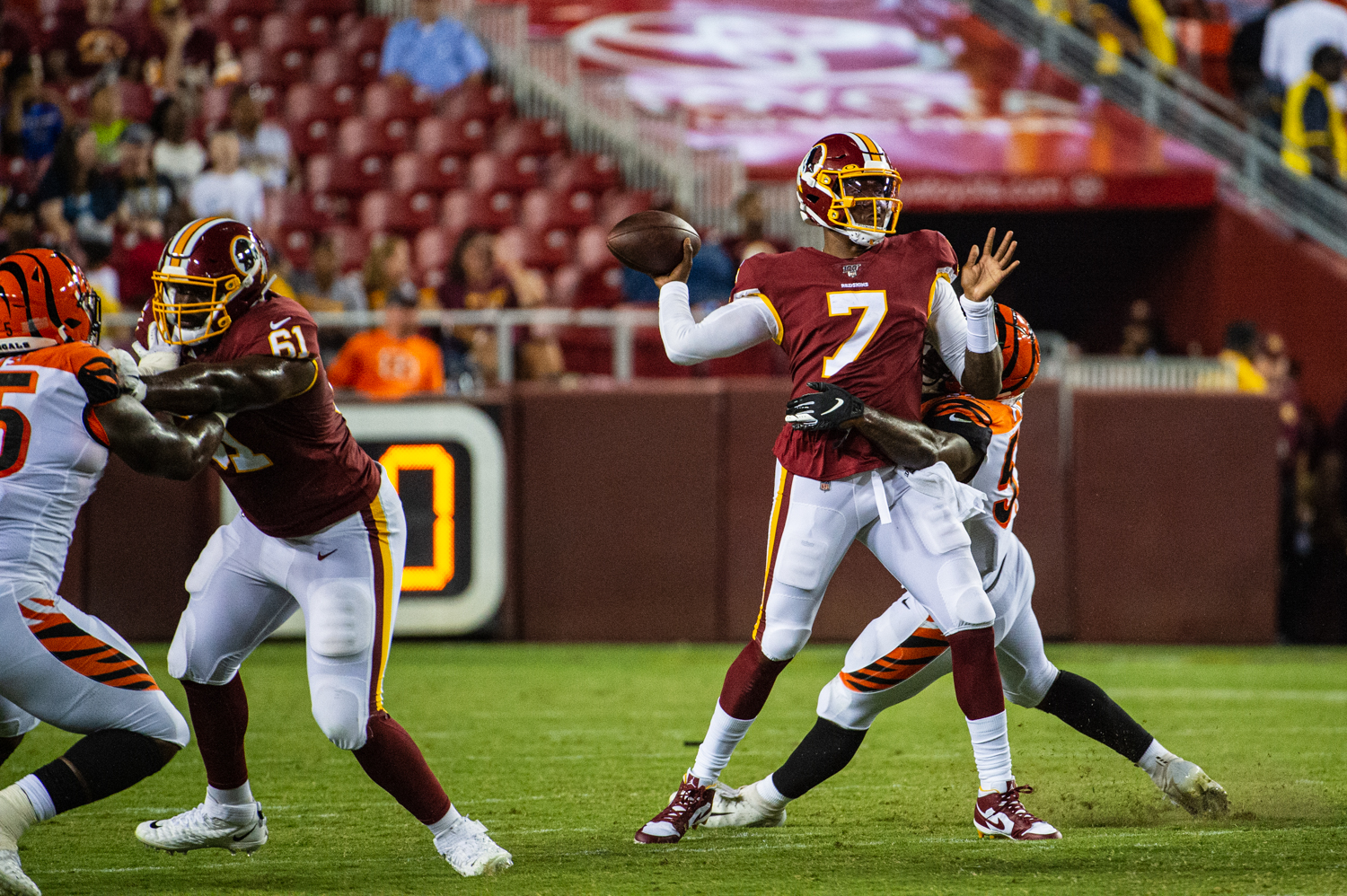 The Washington Redskins dropped their preseason homer opener to the Cincinnati Bengals, 23-13. That said, roughly 10 minutes after the game ended, the vast majority of the football-loving world forgot everything about this irrelevant practice game.

One play that ‘Skins fans won’t purge from memory though was the first touchdown pass by Redskins rookie quarterback Dwayne Haskins Jr., who staved off a defender long enough to launch a beautiful pass deep downfield to receiver Robert Davis for a 55-yard touchdown that was unquestionably the highlight of the night.

This preseason has been a bit of a rocky start for Haskins, who looks very much like a newcomer with limited experience trying to learn on the fly. But plays like this, when he’s able to stay calm and composed in the face of pressure, will go a long way towards establishing the Ohio State standout’s confidence moving forward.