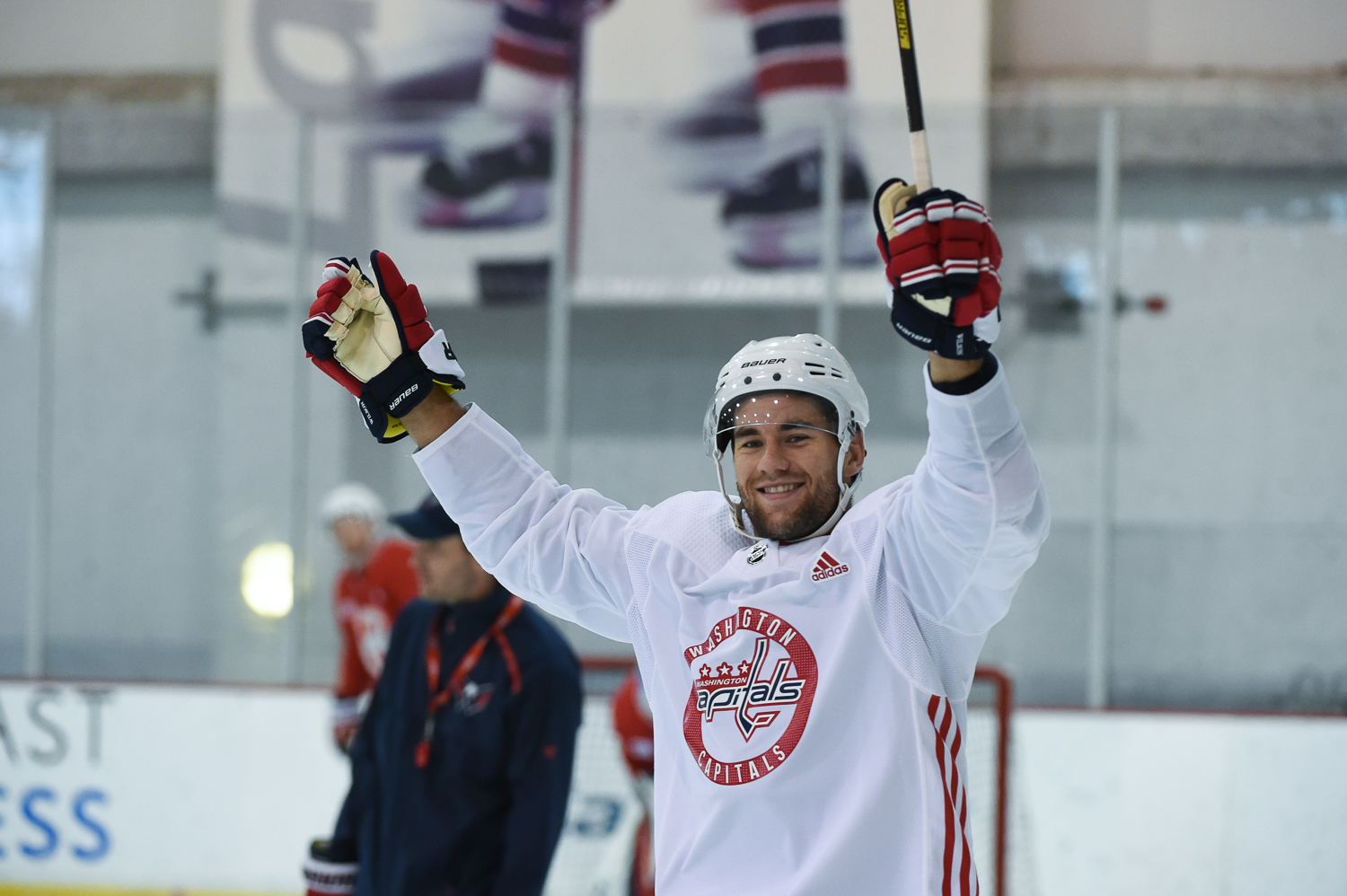 For 44 years, the Washington Capitals were consistently good enough to get their fans hopes up. As soon as those fans let their guard down, the team promptly self-destructed in the most soul-crushing way imaginable.

Losing a quadruple-overtime playoff game—on Easter Sunday? Check. Being eliminated, time and time again by the Pittsburgh Penguins, their most hated rivals, rubbing ample amounts of salt in the wounds? Yep. Winning the President’s Trophy as the league’s best regular season team, just to blow a 3-1 series lead to the eighth-seeded Montreal Canadiens? Even the most cynical sports fans had a tough time bouncing back from that one.

Those postseason failures definitely affected the way many longtime Caps fans supported their favorite hockey franchise. At the slightest sign of adversity, panic inevitably started to set in. After decades of mental anguish, it was clear that Capitals fans had become conditioned to expect the worst. And, I’ll admit, I was part of the problem. If the Capitals were on the verge of being bounced from the postseason, I no longer wanted to be in the building. Rather than subjecting myself to yet another sad Metro ride home, I opted for the safety and security of my basement, where I could hunker down for the team’s annual collapse.

But a magical thing happened along the way—my 7-year-old son began regularly watching Caps games with me and, just like when I was his age, fell in love with the boys in red. While players like Scott Stevens, Al Iafrate, and Olaf Kölzig drew me in all those years ago, my son watches Alex Ovechkin “unleash the fury” on the power play, Nicklas Bäckström deliver the perfect puck through traffic, and Braden Holtby stand on his proverbial head to will his team to victory. And he can’t get enough of it. He hasn’t been around long enough to know what the Capitals have and haven’t done over the last four decades. He’s seen them win more games than they’ve lost, and that’s good enough for him.

When the postseason rolls around, my son is convinced that this is their year. And if it isn’t, there’s always next year. Watching games with him has changed the way I support the franchise. I’m far less likely to fixate on a bad call or an ill-advised penalty and much more likely to cherish the victories, big and small.

And then the Washington Capitals won the Stanley Cup. Charlie Brown finally kicked the football. The dog finally caught the car. The hockey franchise that was always its own worst enemy suddenly achieved true greatness.

For the players, everything is pretty straightforward. Each of them got to spend a day with the cup, snag a ridiculous championship ring (retail cost: $12,018), and then watch as the team raised the championship banner to the rafters at Capital One Arena. Minutes later, the puck dropped on a new season. Their attention could no longer be focused on the past.

“I think that the time that I spent with the Cup, sharing my happiness with my teammates, with all the fans, all the people who I know, it was something special and you just want to do it over and over again because when you taste it, you don’t wanna let it go,” Ovechkin recently told reporters at a luncheon. “Last year nobody was expecting us to win but we won and right now everybody is gonna play against us hard. But the motivation, it’s like you just want to repeat it and do it over and over because the days spent with the Cup is something that we’ll never forget.”