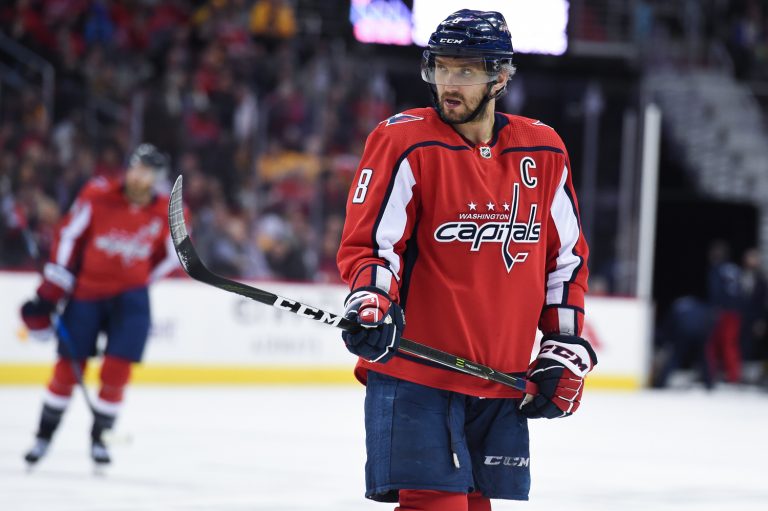 Say it once more with feeling—the Washington Capitals are the Stanley Cup champions.

If it feels like the powers that be will have to pry the Stanley Cup from Alex Ovechkin’s cold, dead hands a year from now, that’s because most of us felt like this day would never come.

While plenty of locals jumped on the bandwagon during the team’s magical postseason run, diehards know nothing has ever been guaranteed when it comes to this franchise.

In order to win the Stanley Cup for the first time in the team’s 44-year history, the Capitals had to defeat the Vegas Golden Knights—an expansion team that rewrote the standards for what a first-year franchise can accomplish.

The Golden Knights won 51 games in their inaugural campaign. The Caps didn’t collect their 51st franchise victory until halfway through their fourth season of existence. While Vegas raised the bar for future expansion teams, the Capitals began on the other side of the spectrum.

Washington won just eight of 80 games in 1974, and secured a single road victory that entire season. Eight years (and zero postseason appearances) later, things were so dire that the franchise launched a “Save the Caps” campaign just to keep them in town.

Even when things finally improved, the Caps were mostly known for getting to the playoffs, and then collapsing in spectacularly heartbreaking fashion. To this day, no other franchise in sports has blown more 3-games-to-1 leads than the Capitals.

That trend started long before Ovechkin ever came to D.C., but his early days in town did little to change that tired narrative. While the Great 8 added plenty of style and flash to a historically blue-collar franchise, squandering a 3–1 lead to the eighth-seeded Montreal Canadiens in 2010 only re-enforced the belief that the Capitals were forever destined to remain “Choking Dogs.”

Prior to this improbable playoff run, Ovechkin was already considered one of the best professional athletes in D.C. sports history. As soon as Ovi ended Washington’s streak of futility after 91 seasons without a championship in the District’s four major sports, he officially cemented his status as a legend.

Watching Ovechkin hoist the Stanley Cup above his head was a thing of beauty. No longer was he a flawed and selfish player who cared more about personal accolades than any team goals. The weight of the world was no longer Ovechkin’s burden.

In its place, Ovechkin was free to carry hockey’s most sacred hardware—a 34.5-pound trophy that will feature his name in the not-too-distant future. But the Capitals’ captain isn’t the only individual who should feel vindicated right about now. No, this entire story is one of redemption for all the people involved.

For all of Nicklas Backstrom’s brilliance—with 799 points in 815 games—his 11 seasons as Washington’s top-line center have been largely overlooked and under-appreciated. While he’s averaged roughly a point per game for more than a decade, he’s only been named an All-Star once in his career and has been an afterthought when it comes to any sort of personal recognition.

The Capitals selected center Evgeny Kuznetsov with the 26th overall pick in the 2010 NHL Draft. He remained in Russia until 2014 though, feeling he wasn’t ready to move halfway around the world and take on the challenges—on and off the ice—that come with an 82-game season. This decision made him an easy target, as people unfairly labeled him another enigmatic Russian head case.

John Carlson led all NHL defensemen in points during the 2017-18 season, but wasn’t named a finalist for the Norris Trophy, awarded annually to the league’s top defenseman.

T.J. Oshie is universally regarded as the best shootout specialist in all of hockey, which is great until you realize that playoff hockey doesn’t include shootouts.