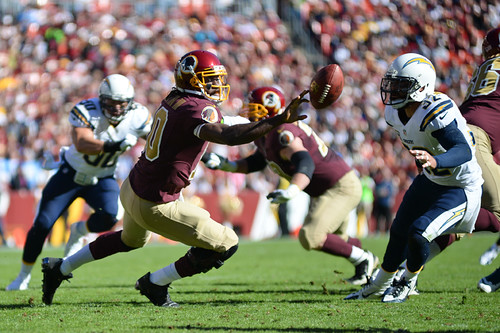 I have no idea whether or not the Washington Redskins are the only professional football franchise who celebrates a homecoming game each year. But I can tell you this — I fully understand why being named Washington’s homecoming opponent could be perceived as a slight by the team on the other side of the field.

“I look on there and it says ‘homecoming.’ And I’m thinking to myself: This is the National Football League. Are you serious? Homecoming,” said Carolina Panthers running back DeAngelo Williams after last year’s homecoming game. “And it’s not like you tried to hide it — you blatantly put it on the front of the Game Day. And you’re talking about somebody fired up today? I was pissed.

“It was the whole team,” he continued. “That was definitely motivating. You don’t say you’re going to have a ‘homecoming’ in the National Football League. You do it in college. It’s one of those teams that’s just terrible. You don’t book, like, a good team for homecoming.”

That being said, I can also see why the Redskins would want to hold a homecoming — to honor those players of yesterday who helped make the burgundy and gold worth rooting for. After watching so many losses pile up during my eight seasons on the sideline, it was refreshing to see Doug Williams, Dexter Manley and many other players from Washington’s Super Bowl XXII winning squad honored at halftime.

And let’s not forget, there was also a game to be played on Sunday — one that saw Washington rack up 500 yards of offense, the defense make a possible season-saving goal-line stand and special teams … well … let’s keep things positive for this post.

So please take a moment to check out my favorite photos I was able to capture from the sidelines this week. There are some pretty solid action shots, as well as some photos of the homecoming festivities that should be enjoyable to anyone other than DeAngelo Williams.