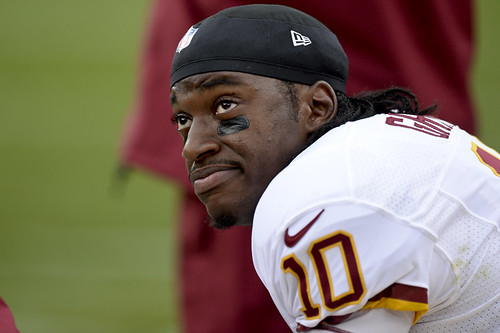 For two straight games now, the Washington Redskins have looked completely overwhelmed in the first half against a highly-motivated opponent.

In the season opener, Philadelphia Eagles head coach Chip Kelly wanted to make a strong first impression as he made his NFL debut. His Eagles came out the gate with a renewed sense of urgency and dictated the pace and tone of the game to the Redskins almost immediately.

One week later, it was a different opponent, but it was still more of the same. Coming off a humbling loss to the San Francisco 49ers, the Green Bay Packers felt obligated to remind the rest of the league that they are still a formidable adversary capable of competing with the league’s elite. So they too, were eager to set the tone early and win in blowout fashion.

And in both cases, the Redskins could do nothing but sit there quietly while the opposition had their way with the burgundy and gold.

If you combine their two pitiful first-half performances, the Redskins have allowed 675 yards and 50 points. They’ve allowed opponents to score on eight of 14 first-half drives, and that number would be even higher if defensive coordinator Jim Haslett wasn’t bailed out by a lucky bounce on a Packers fumble that resulted in a touchback just before halftime.

In short, this defense has been remarkably bad so far this season, putting even more pressure on the offense to do what they did for most of last year — play well enough that no one really notices the defense stinks.

I would like to pause for a moment to ask Redskins offensive coordinator Kyle Shanahan a semi-rhetorical question — what’s the point of running the read option if no one in the stadium believes for a second that your quarterback is actually going to keep the ball and run with it?

As you can see from this photo I captured yesterday, the Redskins did indeed attempt to razzle dazzle the Packers with the read option … except everyone knew running back Alfred Morris was eventually going to end up with the football.

As a general rule in professional football, you typically want to avoid situations where everyone knows what you’re trying to do on a given play. In related news, Washington’s ground game has done next to nothing in the first half of either game.

The offense also seems uninterested in trying to stretch the field — almost as if the coaching staff isn’t sure quarterback Robert Griffin III can complete a deep bomb to one of his receivers right now as he works his way back from the serious knee injury he suffered back in January.

So you’ve got an offense that can’t run the ball and can’t throw the ball ball deep. What does that leave you with? Crossing routes and a bunch of quick hit passes in an attempt to dink and dunk the ball upfield.

Not counting the final possession of the first half against the Packers, when Griffin took a knee to run out the final nine seconds, Washington’s offense has had 12 total first half drives in ’13. They have resulted in eight punts, two interceptions, one fumble, one safety and the end of the half. Those 12 drives resulted in just 191 yards of offense and zero points.

Some ‘Skins fans were able to rationalize the Week 1 loss to Philadelphia because this was the first time anyone was witnessing Kelly’s high-speed, high-tempo offense in the NFL.

Much like when the Redskins went down to New Orleans and pistol-whipped the Saints one year earlier, the Eagles had a certain element of surprise to their attack and, fair or unfair, it was the Redskins who drew the short straw as the first team to face the revamped Eagles.

No such excuses can be made about Green Bay. The Packers run a much more traditional offense. They’re not rolling out something you’ve never seen before — they’re content to stick with the basics and simply out-execute whoever lines up against them.

Rodgers looked like he was back in college — playing on homecoming day against some creampuff as he completed 34 of 42 attempts for a franchise-best 480 yards and four touchdowns. Aside from three early sacks, Rodgers barely broke a sweat as he systematically picked apart a hapless defense that never really had a chance.

But that’s what Rodgers does. He’s rightly earned the reputation as one of the league’s elite, so having him get the better of you is to be expected. But when a guy like receiver James Jones, who wasn’t even a lock to make the Packers this season, catches 11 passes for a career-best 178 yards, you’ve got a problem. And when backup running back James Stark rushes 20 times for a career-high 132 yards and a touchdown, you’re officially a joke.

Stark is a four-year pro. This was the first time he’s even rushed for 100 yards during the regular season. His previous regular-season best was a meager 85 rushing yards back in 2011. Simply put, the guy is completely mediocre in every sense of the word, and yet, he looked like the second coming of Jim Brown out there against Washington.

As the first quarter ended Sunday, I made the following joke on Twitter:

First quarter is over. Does that mean Brandon Meriweather is done for the season?

Roughly 37 seconds into the second quarter, my smartass remark turned into a nightmare for the Redskins as Meriweather lowered his head on a hit and knocked himself out. The veteran safety, who was making his first start in 10 months, had given himself a concussion and was now done for the day.

“That’s the worst thing about football, seeing guys go down, especially those head injuries,” said outside linebacker Ryan Kerrigan. “Hopefully he can come back because he’s a difference-maker out there.”

As great as he looks in the limited time he’s actually on the field, it’s probably a stretch to call him a difference maker. Most difference makers are able to play for more than a quarter of football at a time.

One season ago, the Seahawks, Packers, Colts and Bengals all lost Week 1 and still bounced back to make the playoffs. Of course, none of those four teams went 0-2 either.

Dropping two straight games to start the ’13 campaign is obviously less than ideal. The Redskins, it goes without saying, cannot afford to fall to 0-3 if they would like to make back-to-back playoff trips for the first time in Griffin’s lifetime.

That means rebounding at home against the Detroit Lions, yet another team with an offense capable of putting up points in a hurry. The defense has got to put up more of a fight during the first half and the offense cannot be stuck in neutral once again or the season will be over before it ever began.

That falls on the coaching staff, who need to use these next few days to put together one of the best gameplans of their life. That also means players have to execute — so taking bad angles, missing open-field tackles and failing to get any separation on routes can’t be an option.

No one should be talking about a must-win game … yet. And the organization certainly should not entertain the idea of benching Griffin — no matter how many ignorant ‘Skins fans plead otherwise. The Redskins simply need to go back to the drawing board and figure out a way to suck less in all three phases of the game.