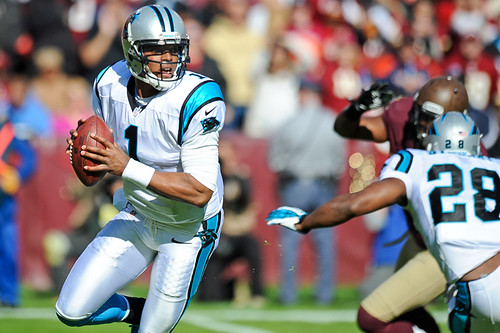 Ladies and gentlemen, it’s time for the 10th-annual “Why your team won’t win the Super Bowl” column. So head to Las Vegas and put money on it – this is why your favorite football franchise won’t get it done this year.

Arizona Cardinals – Carson Palmer was pretty mediocre back in the day when he had weapons. What makes anyone think an over-the-hill version of him surrounded by less talent is going to suddenly be more effective?

Atlanta Falcons – Until the NFL decides to schedule the Super Bowl during the regular season, the Falcons will have to settle for racking up meaningless victories for 17 weeks until it’s time for their annual postseason collapse.

Baltimore Ravens – Joe Flacco looks like the love child of Sam the Eagle and Bert from Sesame Street.

Buffalo Bills – Doug Marrone was forgettable as a college coach. E.J. Manuel was solid, but unspectacular as a college quarterback. If ever there’s a place for them to link up as pros, it’s with the franchise who happily plays home games out of the country.

Carolina Panthers – Cam Newton is great fun to have on your fantasy football team. But his whiny and pompous act doesn’t go over nearly as well when he’s your actual team’s franchise quarterback.

Chicago Bears – After firing Lovie Smith, the Bears front office turned to Mark Trestman, the first Canadian Football League head coach to be hired as an NFL head coach in over 30 years. What could go wrong?

Cincinnati Bengals – The Bengals are perfect for reality TV. They’re entertaining in a guilty pleasure sort of way, and then completely forgettable as soon as the hour is over. Don’t be surprised when Marvin Lewis starts doing crossover appearances on Here Comes Honey Boo Boo.

Denver Broncos – Von Miller is suspended for the first six games of the season. Elvis Dumervil is employed elsewhere. Champ Bailey’s first career interception came against Joe Namath. Let’s just say defense might be an issue in Denver this season.

Green Bay Packers – The Packers have gone 26-6 during the last two regular seasons. That would be more impressive if they hadn’t allowed a combined 82 points in playoff defeats over the same span.

Houston Texans – With 1,115 offensive touches from 2010-12, no running back or receiver has had the ball in his hands more often than Arian Foster. And yet, I still don’t know a single person who could pick Foster out of a lineup.

Indianapolis Colts – The Colts inexplicably went 11-5 last season, even though they allowed more points than they scored. Eventually that horseshoe is going to fall out of someone’s ass and they’re actually going to have to start playing halfway decent football.

Jacksonville Jaguars – If quarterback is the NFL’s most vital position and the Jags are stuck with either Blaine Gabbert or Chad Henne, they’re essentially the real-life version of taking a knife to a gun fight.

Miami Dolphins – Left tackle Jake Long is a four-time Pro Bowler, so it makes sense the Dolphins would let him leave – since they don’t actually have a quarterback worth protecting.

New Orleans Saints – Last season, the Saints’ defense allowed the most yards in NFL history. To rectify the situation, the team hired Rob Ryan. Fun fact: none of Ryan’s defenses with Oakland (’04-08), Cleveland (’09-10) and/or Dallas (’11-12) ever made it to the playoffs.

Oakland Raiders – Oakland has more than $50 million in “dead” money on their 2013 salary cap – and that’s not even counting starting quarterback Terrelle Pryor, whose NFL career should have died long ago.

Philadelphia Eagles – It sounds great when Chip Kelly talks about wanting to run a faster-paced offense in Philly this season … until you realize how much longer his defense (which gave up the third most points in the NFL last season) will have to be on the field each week.

Pittsburgh Steelers – The Steelers’ odds increase now that Ben Roethlisberger is too old to hang out in college bars, but Pittsburgh still doesn’t have an offensive line capable of keeping the fat bastard upright.

San Diego Chargers – Sure, your football teams stinks, but at least the weather is always nice in the “whale’s vagina.”

San Francisco 49ers – Michael Crabtree, San Francisco’s first 1,000-yard receiver since 2003, is already done for the year thanks to an Achilles tendon injury. On the bright side, I guess it’s hard to miss a productive receiver if you almost never have one.

Seattle Seahawks – Percy Harvin is a fragile snowflake who makes Fred Taylor (and his groin) look like the poster child of good health.

St. Louis Rams – The Rams are still clearly rebuilding their once-proud franchise. Of course, having opted to trade away the rights to Robert Griffin III, they’re clearly in no hurry to be competitive.

Tampa Bay Buccaneers – Hey Greg Schiano, it’s probably not a great sign when, after becoming an NFL head coach for the first time in your life, you quickly become known as the guy who encourages his players to act like sore losers every time opposing teams try to take a knee and run out the clock. Let’s tone it down there, sparky.

Tennessee Titans – Jake Locker was once referred to by an unnamed NFL general manager as “a bigger, taller, right-handed version of Steve Young.” Of course, that gentleman was only able to remain employed because he didn’t actually use his name while making such a ridiculous statement.

Washington Redskins – Last time the Redskins went undefeated in the preseason? Back in 1985. They went 10-6, but missed playoffs. Oh, and Robert Griffin III wasn’t born for another five years.