are the washington redskins a lock to win the division? 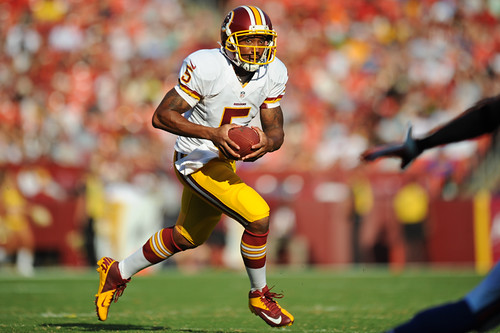 In just a few more days, the 2013 season will be underway and the Washington Redskins will have a chance to prove that their magical seven-game winning streak to close the ’12 campaign wasn’t a fluke.

They’ll start things off by hosting their division rivals, the Philadelphia Eagles, at FedEx Field on Monday Night Football, which proves they’ll have a spotlight on them for the entire season. As you can plainly see, flying under the radar isn’t an option when you have the biggest name in professional football for a franchise quarterback.

But before they officially get underway, I had to get together with the rest of the Skinscast gang to break down the preseason, take a stab at which players will make the 53-man roster and, most importantly, whether or not the Redskins are a lock to win their second-straight NFC East title.

As is usually the case, this episode is filled with plenty of laughs and some serious debate.*

*Mostly because John Pappas, who I love dearly, stupidly believes Pat White should be the team’s third-string quarterback over “Sexy” Rex Grossman. Don’t worry though, the rest of us quickly try to knock some sense into him.

So if you’re trying to pass the time between now and the season opener, feel free to click this link and give this week’s episode a listen. And when you do, try not too be too mad at me for trying to be the voice of reason when it’s time to predict Washington’s record at the end of the 2013 season.