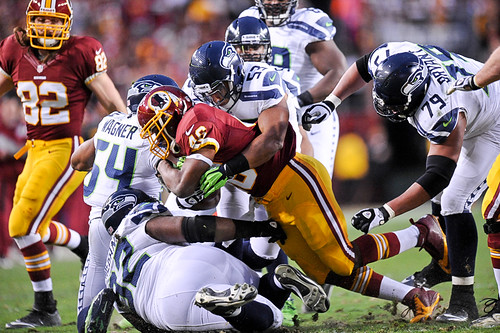 The Washington Redskins have qualified for the postseason three times since I began covering the team and while each of those three seasons was different, they all unfortunately ended the same — with a loss to the Seattle Seahawks.

The 2005 Redskins were just happy to be there, after barely squeaking by the Tampa Bay Buccaneers in the opening round and the ’07 Redskins were emotionally spent after needing to play perfect football the final month of the season just to make it in on the last day of the regular season. This year’s squad though, was young and hungry and — best of all — playing at home in front of a sellout crowd.

Sadly, injuries to too many key players — including quarterback Robert Griffin III — proved to be too much to overcome and Washington’s magical run ended in bittersweet fashion. Sure, this was a 3-6 team that improbably came out of the bye week like a bat out of hell while winning seven-straight games, but the journey’s ending was all too familiar.

Before you close the book on the 2012 Redskins though, please take a moment to peruse my favorite photos I was able to capture from the sidelines this week.