not your same old redskins anymore 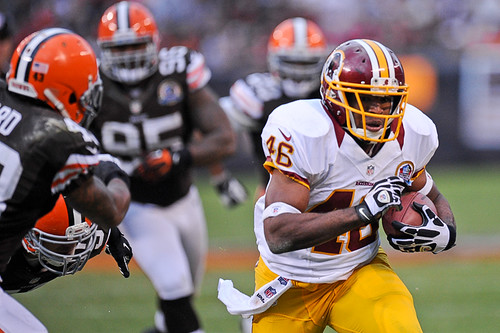 Because the Washington Redskins used to be one of the most successful teams in the NFL, some ‘Skins fans struggle to see the franchise for what has become over the last two decades — decidedly mediocre.

Winning three Super Bowls in a relatively short timeframe propelled the Redskins — at least in the hearts and minds of the local sports fans — to a level no other sports franchise will ever be able to replicate.

Even when things were at their worst and the team’s front office thought trying to buy a championship was a sound strategy, there was always a large (and loud) slice of the fanbase that remained convinced the Redskins were just one more shortcut away from returning to dominance.

Of course, that hasn’t really worked out so well, has it?

For 20 years, the faces and names changed, but the results remained the same. Since the day Hall of Famer Joe Gibbs walked away (the first time), the burgundy and gold have been stuck in neutral. Nothing management tried ever seemed to pay off and no one ever stuck with a plan long enough to see it all of the way through.

It’s funny, you see a hapless franchise like the Cleveland Browns and you can’t help but feel sorry for the sad sacks who root for them. The rest of the football loving world knows the Browns will always remain at the kid’s table, but their fans still remain committed to the cause.

Well, here’s the funny thing — the Redskins and the Browns haven’t been all that different. Both teams had some success back in the day, but recent history has been far less kind.

Case in point: Prior to this season, both the Redskins and the Browns have posted a winning season just twice since 2000. The Redskins earned just two trips to the postseason during that timeframe, while the Browns made it just once.

Even with the benefit of Joe Gibbs 2.0, the Redskins haven’t been all that much better than inept Brownies.

Honestly, the biggest difference between the Redskins and the Browns over the last decade or so is that the Redskins spend twice as much to win the same number of games as Cleveland. But if you’d have stopped to ask fans in any of the other 30 NFL cities, they’d have been quick to tell you that no one fears either of these rudderless franchises.

In short, both the Redskins and the Browns have been bad at football for a long, long time.

When Redskins owner Daniel Snyder hired Mike Shanahan prior to the 2010 season, he hoped the two-time Super Bowl winning coach could help Washington return to glory.

During his 18 seasons in Denver, Shanahan had a knack for getting the most out of his players — particularly no-name running backs — and besides, the Redskins were in dire need of a credible leader after Jim Zorn inherited a playoff team and ran it into the ground.

Shanahan knew this wasn’t going to be a quick fix and said so up front — telling Snyder if he didn’t plan to give Shanahan all five of the years on his contract to rebuild the Redskins from the ground up, then he wasn’t the right man for the job.

And boy was he right. Shanahan’s first two seasons in Washington were statistically worse than Zorn’s maroon and black or Steve Spurrier’s fun and gun.

He overhauled the league’s oldest roster and got rid of the problem children in the locker room, but the loses still piled up. After his first two seasons, the Redskins were just 11-21 and the natives were beyond restless.

After all, if the guy was willing to “stake his reputation” on a bum like John Beck or a turnover machine like Rex Grossman, then why should anyone ever believe this guy has a chance of saving this sinking ship.

But then Shanahan pushed all of his chips in the middle and went all in on a player he believed could be his franchise quarterback. Sure, it cost and arm and a leg, but it was worth it to land Baylor’s Robert Griffin III.

Not only does he use his cannon of an arm and his world class speed to play an electrifying brand of football that the Redskins have never experienced before, but he’s also a natural-born leader and a model citizen who fans young and old can be proud to root for.

From the moment he first stepped onto the field in our nation’s capital, everything changed.

Even when the Redskins stumbled — losing to teams like the St. Louis Rams and Carolina Panthers — it was clear that this team was building towards something special. Simply having Griffin in the lineup gave Washington a chance to win each and every time they took the field.

That’s why so many people keep trying to put him in bubble wrap every time he takes a particularly nasty hit or fights for an extra yard. But a crazy thing happened along the way — the Redskins, even without RGIII, started to look like a respectable opponent.

This past Sunday, they traveled to Cleveland to face an improved Browns team that had won three-straight games and held five of the last seven opposing quarterbacks to under 200 passing yards without the services of Griffin.

If they were going to keep their playoff hopes alive, they were going to have to do so without the face of the franchise and without much of the innovative offense that has kept defenses looking foolish for much of the season. Because let’s face it: Kirk Cousins is a talented rookie in his own right, but he’s not going to be able the same style of offense as Griffin.

So the Redskins switched back to a more traditional NFL offense and still posted 38 points for the third time this season. And now the Redskins control their own destiny and have a very legitimate chance to host a playoff game at FedEx Field for just the second time since the stadium opened in ’97.

Meanwhile, Browns fans remain as distraught as ever. As I left the stadium and headed to the airport to fly hope after Washington’s victory, I was stunned by how familiar Cleveland’s sports talk radio sounded to me.

“Get rid of the quarterback.”

“Bench the running back.”

“It’s time to dump everyone and start over from scratch.”

If I didn’t know better, it sounded just like any post-game after a disappointing Redskins loss over the last 20 years. The crazy part was, caller after caller continued to point to the Redskins as a model franchise that they’d love to see their Browns try to emulate.

They wished their talent evaluators could land talented players such as fourth round draft pick Kirk Cousins and sixth rounder Alfred Morris. One local diehard even talked about how he would have traded Cleveland’s two first round picks from this year’s draft (running back Trent Richardson and quarterback Brandon Weeden) to Washington for Cousins.

Let me say that again — Browns fans were willing to trade away two first rounders for Washington’s backup quarterback. Did you ever think that would happen back when Vinny Cerrato was pissing away multiple draft picks on aging veterans or receivers who weren’t any good?

But things are different now. This is the dawn of a new day and Shanahan’s Redskins have officially arrived.

No longer are the Redskins a laughingstock of the NFL. Instead, they’re a team no one wants to play against and other franchises want to copy.

These aren’t exactly the glory days again, but they’re much improved over what’s passed for football over the last two decades. So do yourself a favor and enjoy this. It’s been a long and painful journey, but for the first time in a long time, the future is looking pretty bright in Washington.