photos from the sidelines: week 13 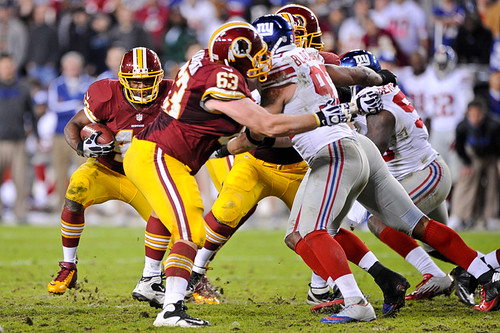 After essentially ending the competitive portion of their schedule with a humbling loss to a pitiful Carolina Panthers team, the Washington Redskins were once again a doormat of a franchise, thanks to their 3-6 record.

And then something crazy happened — the Redskins took the bye week and magically, one week later, all was right in the universe.

Suddenly, the Redskins are playing meaningful football in December for the first time since 2007 and have rightly earned the title of “team no one wants to play.” That’s what happens when you stop dropping catchable passes and eliminate turnovers on offense while simultaneously teaching your defense it’s okay to make a play from time to time.

Now, with four games left to play, the Redskins sit just one game back of the Seattle Seahawks for the sixth and final playoff spot in the NFC. There’s plenty of football left to be played between now and the end of the regular season, but ‘Skins fans have plenty of reason to feel good about things these days.

With that in mind, please feel free to peruse my favorite photos I was able to capture from the sidelines this week. It’s not every day the Redskins win three straight games against NFC East rivals, so enjoy the ride while it lasts.