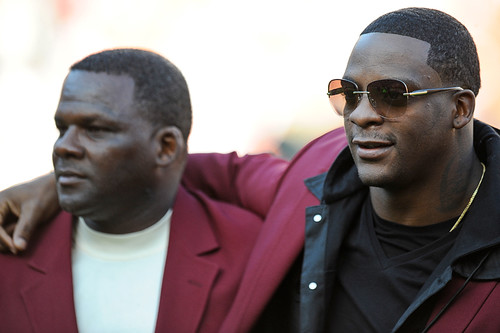 Once upon a time, the Washington Redskins were actually good at football. So much so, in fact, that they actually won stuff — like Super Bowls.

I fully realize that if you’re under the age of 20, you have no earthly reason to believe me, but I promise it’s true. The Redskins used to be one of the elite NFL franchises.

Of course, those days are long gone. These days, cheering for the burgundy and gold gets you nothing more than heartache and disappointment.

Even with the addition of franchise quarterback Robert Griffin III, the most electrifying player in the league today, the Redskins are still a train wreck. Which is why so many local sports fans are more than happy to live in the past. I mean, who wouldn’t rather relive the glory days rather than watching players like Brandon Banks and Niles Paul let you down?

Even if you don’t want to see game photos of yet another Washington loss, please take a moment to check out my favorite photos I was able to capture from the sidelines this week. If nothing else, you can just focus on photos of players from the good old days.