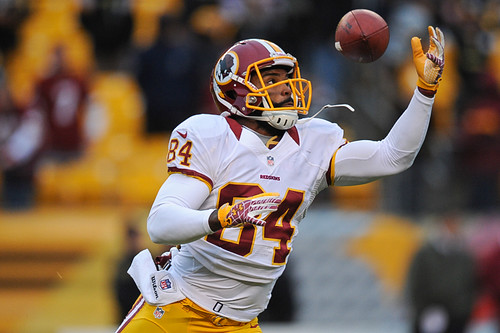 I think it’s safe to say the Washington Redskins did not play their best game of the year against the Pittsburgh Steelers.

From the opening drive, the defense let the Steelers march up and down the field — allowing two touchdowns and two field goals on Pittsburgh’s first four drives. Special teams managed to once again drop the ball — screwing up an extra point and muffing a punt. And then there was the offense.

Because Washington got behind so quickly, they had to get away from what they do best — run the football. And once that happened, the ball game was essentially over.

The Steelers are too good to play one-dimensional football against. Their defense is one of the most aggressive units in the league and presents a challenge for any opposing offense. But if you allow them to basically eliminate half of your playbook, there’s little chance you’re leaving Heinz Field with a victory.

The only way you’ve even got a shot at stealing a win in that situation is if everything in the passing game is clicking on all cylinders. That, of course, was not the case for Washington.

Redskins receivers dropped the ball 10 times against Pittsburgh. If you’re wondering how Robert Griffin III, who came into the game as the NFL’s most accurate passer, completed only 47.1 percent of his attempts against the Steelers, that explains it.

“It’s been a long time since I’ve had a game like this, relative to that many opportunities that you didn’t take advantage of when guys were open. I was disappointed,” said head coach Mike Shanahan. “I don’t care where the placement is. As long as it hits your hands, you better catch it or else you won’t be in the National Football League for very long.”

Moving forward, it’s not a stretch to believe that other teams will try to replicate what Pittsburgh did to this offense. That’s because, for as productive as RGIII and running back Alfred Morris have been this season, the same cannot be said of any of the receivers or tight ends. Take away this team’s ability to run the ball and this high-powered offense suddenly becomes quite average.

Think about it: coming into the season, Griffin’s top two targets were expected to be receiver Pierre Garcon and tight end Fred Davis. Well, Garcon has been dealing with a foot injury that just won’t go away all season long. He’s played in just three of eight games this season, which is why he has just eight catches at the season’s midpoint.

The hope is that Garcon can return to action after the team’s bye week and contribute down the stretch, but that might be wishful thinking at this point. But at least there’s an outside shot of Garcon getting healthy. Davis is done for the year after suffering an Achilles injury against the New York Giants.

That leaves zero — I repeat, zero — players in Washington’s passing game opposing defense lose sleep over. Outside of the guy throwing the passes, there simply aren’t any true playmakers involved with this aerial attack, which is obviously going to be a problem moving forward.

Here’s a look at the receivers and tight ends currently on the roster:

Santana Moss – As one of only two players on this roster who were here when I began covering this team in 2005, I obviously have a soft spot for Moss. That being said, he simply isn’t the same player ‘Skins fans remember so fondly. Once upon a time, he made a name for himself by victimizing rivals like Dallas or New York. But now, he’s a part-time player who is lucky to make one or two plays a game.

Consider this: Moss has three touchdown catches in the last two games, and yet, the only thing people remember is his fumble to end the Giants game and his series of drops against Pittsburgh.

Joshua Morgan – Aside from his meltdown against the Rams, Morgan has been fairly solid, but unspectacular since joining the burgundy and gold. He’s a big-bodied receiver who isn’t afraid to go across the middle, but he definitely lacks the foot speed to take a modest catch and turn it into something memorable. Guys like Morgan are great security blankets and third options, but it’s probably not a good thing when he’s your go-to target.

Leonard Hankerson – The second-year wideout struggles in two key areas — creating separation and catching footballs. Even when he makes a big play, like his 68-yard touchdown bomb against St. Louis, he still fails to inspire confidence because he rarely catches the ball cleanly. Watching him, week in and week out, reminds me of the Rod Gardner era, which isn’t a good thing.

For better or worse, he’s going to be prominently involved for the duration of the season. And if that’s the case, then he better stop dropping walk-in touchdowns like he did in Pittsburgh.

Dezmon Briscoe – He’s like a poor man’s Leonard Hankerson, which makes him even less consistent than the guy who is 50/50 at best. The team gives him one or two chances a game to make a play and he fails to get the job done. Unless something changes, it’s tough to see this kid having much of a future here in Washington.

Brandon Banks – A gimmick player with bad hands who has a tendency to put the ball on the ground once a game. Not exactly the type of guy you want to build an offense around.

Aldrick Robinson – He’s the one guy who I’ve felt has been underutilized thus far this season. In the season opener, Robinson filled in admirably for Garcon once he was knocked out of the game. Since then however, the 24-year-old has been forgotten in this offense with four catches for 62 yards since Week 1.

Logan Paulsen – The lumberjack tight end has done his best to fill the void created by Davis’ injury — with eight catches for 119 yards the last two games. He might be the most unassuming guy on this offense, but he still manages to make the most of his limited opportunities.

Niles Paul – If football games were played on Twitter, he really would be as productive as Shannon Sharpe. Since they’re not though, his two catches over the last six games show just how little impact he actually has on Sundays.

Chris Cooley – He was sitting on his couch for the first seven weeks of the season, so it’ll probably take him a little while to get going. That being said, how productive he’ll be once he gets more involved remains to be seen.

That’s it. That’s the list of available pass catchers on this roster. Not exactly a reincarnation of Art Monk, Gary Clark and Ricky Sanders, huh?

Things are so dire that head coach Mike Shanahan actually tried to drum up some offense by having RGIII run a route and try to make something happen downfield. Unfortunately for everyone involved, the play went about as poorly as possible. Even though Griffin wasn’t open, receiver Joshua Morgan opted to throw the pass anyway.

Not only did Griffin get whistled for pushing off just to have a chance at hauling in the pass, but then he got blown up by safety Ryan Clark just to make sure the Redskins never tried to run this play ever again.

Clearly someone other than the quarterback is going to have to step up and become a viable option in the passing game. If not, this season is going to get ugly sooner rather than later.