photos from the sidelines: week 5 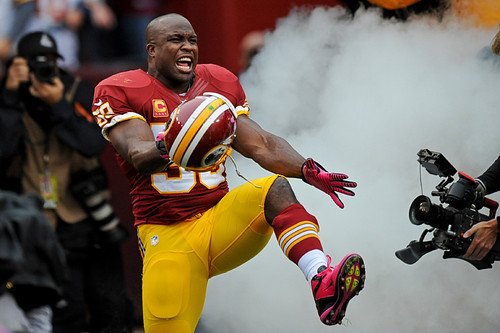 One thing is crystal clear about the Washington Redskins these days — they are not fans of FedEx Field.

Maybe it’s because they practice in Virginia and don’t enjoy the commute to Maryland or maybe they wish the franchise still played their home games at good old RFK Stadium. Whatever the case is, these Redskins simply do not seem interested in winning games at FedEx Field.

In related news, the Redskins have now lost eight-straight games at home — the longest current home losing streak in the NFL.

Making matters worse for this week’s loss — a 24-17 defeat courtesy of the undefeated Atlanta Falcons — injury was added to insult, as franchise quarterback Robert Griffin III was knocked out of the game with a likely concussion. It goes without saying that this team will only go as far as RGIII takes it, so they kinda sorta need him healthy and in the lineup.

And yet, even though the game ended in disappointment and the face of the franchise is a little batted and bruised at the moment, there were still a few bright moments in this one. Like Ryan Kerrigan’s interception returned for a touchdown.

So please take a moment to check out my favorite photos I was able to capture from the rain-soaked sidelines as the Redskins and Falcons squared off.