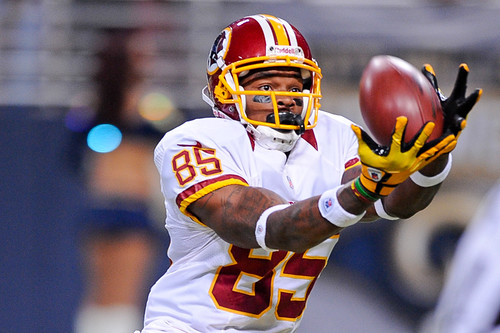 This week, more than any other in recent history, is the perfect test to see just how optimistic or pessimistic fans of the Washington Redskins are.

On the one hand, you’ve got a defense that struggles to get off the field and a special teams unit that continues to find creative new ways to torment everyone involved. But for as inept as those two areas have been, Washington’s offense has been the exact opposite.

Led by rookie quarterback Robert Griffin III, Washington has scored a league-high 68 points through two games — which is also the highest two-week point total for a Redskins team since 2005. It should also be noted, they’ve scored at least 28 points in consecutive games for the first time since head coach Mike Shanahan came to town.

While it might not be all that newsworthy in places like Green Bay or New England, this level of production in our nation’s capital has been sorely missed for a long, long time.

Griffin’s performance against New Orleans (19 of 26 for 320 yards with two touchdowns and a QB rating of 139.9) was arguably the best debut by a rookie quarterback in league history.

While his passing numbers weren’t nearly as impressive against St. Louis (20 of 29 for 206 yards with a touchdown and an interception), he’s still been the NFL’s most electrifying player in 2012.

Consider this: Griffin has already thrown for 526 passing yards this season, which is the third-most by a rookie quarterback in Weeks 1-2 since 1970, trailing only Carolina Panthers quarterback Cam Newton (854) and Houston Oilers quarterback Warren Moon (566).

While some critics foolishly thought the league’s youngest starter might struggle adjusting from a gimmicky spread offense in college to the pros, Griffin has had little trouble moving the burgundy and gold offense up and down the field.

Give the Shanahans credit — they’ve done a masterful job of putting their franchise quarterback in a position to succeed. They’ve displayed great patience opening games with a dink-and-dunk mentality to lull defenses into a false sense of security.

As soon as a defense let’s down its guard, Griffin gashes them with a well-timed strike to Pierre Garcon or launches a deep bomb into the waiting hands of Leonard Hankerson for momentum-shifting score.*

*Fun fact: If Griffin can connect on a touchdown of 50 yards or more against Cincinnati this weekend, he will join Green Bay’s Aaron Rodgers as the only quarterbacks to do so in three consecutive games since ’94.

And in the rare instances when a defense does begin to slow down the aerial attack, RGIII simply tucks the ball and run.

Basically, if these first two games are any indication of what’s to come, the Redskins offense is essentially daring opposing defenses to pick their poison.

One quick glance at Griffin’s stat line — he’s thrown for 526 yards with three touchdowns and one interception while completing more than 70 percent — and it’s easy to where defenses should be focusing the bulk of their attention. And yet, the Redskins ground game has been just as lethal thus far.

Led by Griffin and rookie running back Alfred Morris, the Redskins have rushed for at least 150 yards in consecutive weeks for the first time since ’08. We’ll get to Morris another time, but for now it’s still all about the quarterback.

That’s because Griffin’s 82 rushing yards against the Rams were the most by a Redskins quarterback since the 1970 merger, surpassing Joe Theismann’s 64 at Chicago, Nov. 9, 1980.

In short, even though ‘Skins fans are down in the dumps about seeing their favorite football team lose (once again) to the lowly Rams, there’s an awful lot to like about the new face of the franchise.

And this new offense, in which coordinator Kyle Shanahan has seemingly taken several of the staples of his philosophy and mixed them with what Griffin thrived running at Baylor, has been an absolute joy to watch thus far.

Griffin’s go-to target throughout training camp and the preseason was Garcon. Well, he’s basically been out of the lineup for seven of the eight quarters Washington has played and the offense has continued to execute.

With Garcon on the shelf, the team has embraced a spread-the-wealth mindset. Instead of turning his attention to just one target, like veteran receiver Santana Moss or tight end Fred Davis, Griffin simply throws to whoever is open.

It goes without saying that when a defense can’t guess where the ball is going next, they’re going to have a hard time slowly you down — which is why Garcon’s injury might actually be a blessing in disguise. Because the longer he’s out, the more time RGIII has to develop chemistry with the rest of his pass-catching teammates and the more dynamic this offense can become.

In related news, Washington’s offense has seven touchdowns compared to three field goals through two games. They’ve shown an ability to score quickly. They’ve proven they can orchestrate lengthy, time-consuming drives. They’ve done it through the air. They’ve moved the chains on the ground.

Even though this offense is still in the developmental stage and this rookie quarterback is still learning to read and react to NFL defenses, they’ve still found a way to score more points than any other team in football.

That’s got to make the locals feel pretty good when they think about just how potent this attack could be once everyone involved has more time in this offense and executing it becomes second nature. Until then, sure there are going to be bumps in the road, but if nothing else, Griffin and friends have instantly made this franchise relevant again on a national level.

For two decades, ‘Skins fans have dreamed of having a franchise savior to make all of the bad go away and Griffin certainly appears to be capable of putting this team on his back and performing at a higher level than we’re used to seeing around here.

He’s so enjoyable to watch that even casual football fans feel obligated to tune in just so they too can see what comes next. So rather than losing sleep over the defense’s flaws or the special teams woes, feel free to focus on the fact that this offense is going to keep the Redskins in every single game they show up for.

Honestly, the defense has had to carry the load for much of the last decade or so while the offense was nowhere to be found, so it’s about time ‘Skins fans were treated to something new and exciting.