back to the future II: caps hire adam oates 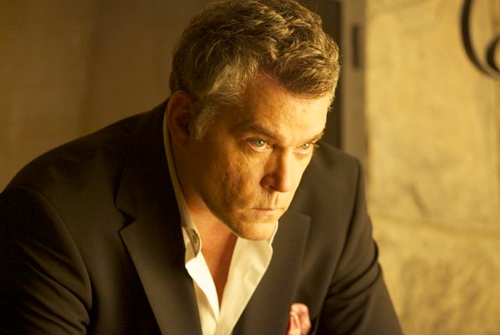 The Washington Capitals have hired Adam Oates as the new coach, and honestly, I’m not sure how I feel about the move.

Oates becomes the 16th coach in franchise history after taking over for Dale Hunter, who couldn’t leave town fast enough once the season ended, and I’m having trouble deciding if he is the right man for the job.

General manager George McPhee definitely believes so — or, more accurately, better believe Oates is exactly who this team needs to help it get over the hump. Because I have a hard time thinking GMGM will remain employed should Oates follow in the disappointing footsteps of Hunter, Bruce Boudreau, Glen Hanlon and Bruce Cassidy — the previous gentlemen McPhee hired to take over the Capitals, even though none of them had ever been a head coach in the NHL before.

McPhee clearly doesn’t value NHL coaching experience as much as other do. Since 1997, every time he’s needed a new coach, he ultimately ends up with a first-timer. Is that a positive or a negative in a world where so many other teams are content to hire retread after retread? Tough to say.

But with GMGM’s job on the line he’s turning to Oates, who might have the thinnest coaching resume of any candidate McPhee has ever hired. Oates has never been a head coach on any level and he’s only been an assistant coach for a total of three seasons.

Should that worry Caps fans? Probably a little bit.

The hope is, after playing in 1,337 games over 19 NHL seasons (from 1985-2004) and collecting 1,420 points (341 goals, 1,079 assists) with Detroit, St. Louis, Boston, Washington, Philadelphia, Anaheim and Edmonton, Oates has more than enough professional hockey experience to make up for the lack of years behind the bench.

On the ice, there’s no denying how skilled Oates was. One look at the record books — Oates ranks sixth all-time in assists and 16th all-time in points in NHL history, and only Wayne Gretzky, Bobby Orr and Mario Lemieux averaged more assists per-game than him in the history of the game — shows Oates warrants consideration as one of the best playmakers to ever lace them up.

Anyone who wasn’t overly familiar with Oates’ body of work during his playing days learned just how great he was about an hour after the Capitals sent out the press release making the hiring official. That’s when it was announced that the 49-year-old had been voted into the Hockey Hall of Fame, along with Joe Sakic, Mats Sundin and Pavel Bure.

If Oates was disappointed because he had to wait through five years of eligibility to earn his sports’ highest honor, he clearly wasn’t letting it show when the big announcement was made.

“Obviously, it’s been an absolutely fantastic day,” Oates said. “I’m excited about the coaching job and to be called to the Hall of Fame … it’s just a special day for me.”

While the Hall of Fame is obviously an honor Oates will never forget, it’s not going to help him win any extra games as a rookie coach in Washington. In order to do that, he’s going to need to figure out what’s been holding Alex Ovechkin, Nicklas Backstrom and the rest of this talented team back.

“I look at the Caps’ lineup and the talent level and I don’t see any reason why we can’t push the pace, be an aggressive team, but at the same time not sacrificing defense and protecting our goalie. That requires commitment all over the ice.”

Now, here’s what I like about Oates: he was never drafted. Think about that for a second. Not one single team thought he warranted using a draft pick on, and yet, the Weston, Ontario, native never wavered. Instead, he signed with Detroit as a free agent and went on to have 19 productive seasons in the NHL.

If you don’t think that’s something that will command the respect of the players in the Caps’ locker room, you’re sorely mistaken. That’s the stuff Disney feel-good movies are made of and clearly Oates used the fact that no team felt he was worthy of being drafted as motivation throughout his career.

If he can find the right buttons to push with these players, then his chances of sticking around longer than Hunter are pretty good. If not, this time next year the Capitals could be undergoing a complete overhaul. Let’s hope it never gets to that.

Let me tell you something, at the end of the day the only way Adam Oates’ tenure in Washington will be deemed a success is if he can make Ovechkin relevant once again. Sure, in New Jersey he ran the powerplay unit, worked with the centers and was loved by his players for his attention to detail — all of which will be welcome in D.C.

But if Ovechkin finishes another season 37th in the league in scoring, then it’s safe to say the Adam Oates era isn’t going to last very long.

And for the record, if Ovechkin and Oates want to run off for a weekend of bonding time, I’d like to humbly suggest they head off to the Jersey Shore. Judging by this picture, it appears both mean have a friend in common.

Fun fact: Did you know that Old Time Hockey, the niché t-shirt company that specializes in “vintage apparel and retro activewear,” was created by Adam Oates and some friends? If nothing else, Oates takes his fashion more seriously than the guy he’s replacing behind Washington’s bench.

Fun fact II: Oates is also a little bit of a ladies man, or at least he was portrayed as one in this wonderful old-school NHL commercial. So I guess if this coaching thing doesn’t work out, he could always give Hollywood a try.