all aboard the caps coaching carousel 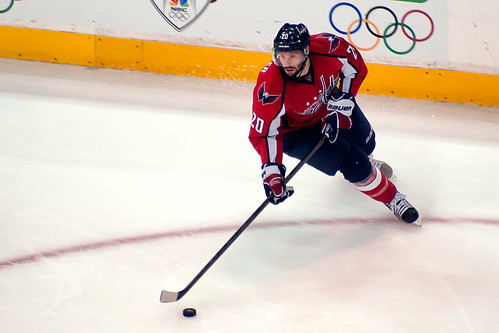 The waiting game has officially begun for the Washington Capitals.

Once coach Dale Hunter opted to call it quits, his decision eliminated any hope of stability or continuity within the organization.

For better or for worse, there will be a new coach with a new system hoping to maximize the talent on Washington’s roster.

Unfortunately for everyone involved, it appears the general manager George McPhee is in no hurry to fill the vacancy — with some believing that it could be months before Hunter’s replacement is hired.

While it’s wise for GMGM to take his time to ensure the right man is chosen for the job, the reason I say unfortunately is because for as long as the franchise remains in limbo, Caps fans are going to be subjected to rumors and wild speculation about what comes next.

Even now, with the season barely over, people are already tossing around names of possible candidates. And while that’s to be expected in the 24-hour news cycle the sports world is engulfed in these days, it’s also the easiest way to give everyone involved an aneurysm.

For example, two of the names already being floated around are Ron Wilson and Terry Murray. If those names sound vaguely familiar, it’s because both have already been the coach of the Capitals.

Murray took over the team for the 1989-90 season and was here until he was fired halfway through the ’93-94 campaign. His Capitals qualified for the postseason every year he was here and had a 163-134-28 record.

Basically, both coaches were solid, but unspectacular. Both gentlemen put their team in a position to be competitive night in and night out, but the thought of either one of these guys signing back on for a second tour of duty does nothing for me.

Look, I was on board when the Redskins decided to turn back the clock and talked Joe Gibbs out of retirement. After all, he was responsible for the franchise’s defining moments and if he wanted to patrol an NFL sideline one more time who was going to tell him no?

But Murray and Wilson aren’t in the same category as Gibbs.*

*And let’s not forget — even Joe Gibbs couldn’t replicate the success of Joe Gibbs. While his second stint in Washington was a feel-good story for longtime ‘Skins fans, the Redskins weren’t any closer to bringing home another Lombardi Trophy under Gibbs 2.0.

After a while, it’s natural for people to rewrite history, to a certain extent. It’s like when your girlfriend drives you crazy for months and you finally end the relationship, only to gloss over everything she did to irritate you a few months later because you’re bummed out about no longer being in a relationship.

Look, you broke up for a reason. Or in this case, the front office fired each one of these coaches for a reason. Why on earth would the team jump back in bed with Murray, Wilson or any other blast from the past other than “we’re not really in love with any of the other names out there at the moment?”

McPhee is going to hire whoever he believes will finally be the coach to get these Capitals over the hump. Neither Murray or Wilson was able to do it the last time they were a part of the organization, so why should anyone believe things will be different this time around?

So don’t be surprised if one of these guys does get the job that more than a few fans (myself included) aren’t in love with the decision. The window is still open for Alex Ovechkin and the Capitals to accomplish something truly noteworthy, but it’s hard to believe settling during this coaching search gets this franchise any closer to their goal of one day winning a championship.