capitals can turn attention to postseason 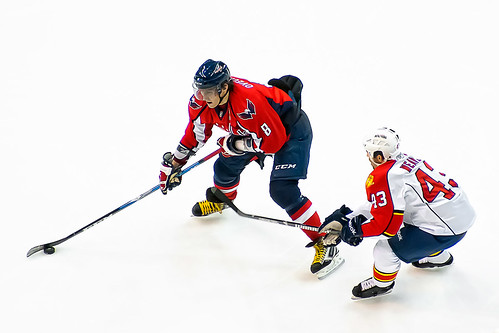 The Washington Capitals finally got their wish — their games are no longer relevent.

Win or lose, the outcome of their remaining games no longer matters thanks to a series of disappointing collapses by seemingly every other team that was in contention for one of the final playoff spots in the Eastern Conference.

As forward Brooks Laich politely pointed out on 106.7 The Fan this week, the Caps are now a lock for the postseason. No more hand wringing. No more angst. No more losing sleep after watching another lackluster effort by highly-paid players.

The only thing that matters at this point is this: Washington is set to be the eighth seed and will travel to New York to face the Rangers in the playoffs.

If the Caps could bypass these last two meaningless games and skip ahead to the playoffs, they would happily do so.

And while the Rangers have been among the league’s elite this season, they’re not a terrible match-up for the Capitals by any means.

Sure, some of the names have changed, they’re still a team that has been bounced from the Stanley Cup playoffs in two of the last three seasons by the Caps.

If defenseman Mike Green can remember that he’s actually capable of producing on the offensive side of the rink and center Nicklas Backstrom can get the rust off and work his way back into game shape, this team might actually be able to make things interesting once the series gets underway.*

*Not that I’m putting any pressure on them. I wouldn’t want to stress out the fragile mental makeup of this team.

The 2011-12 season was not a kind one for Washington. A coach was fired. Players were scrutinized. Production was down across the board.

But at the end of the day, the Capitals are still standing and enough people have said “what doesn’t kill you makes you stronger,” so it must be true.

So try not to dwell on the dozen or so issues still surrounding this flawed team, and instead simply be content that the Caps were able to scratch and claw their way back into the postseason.

Look, there’s little reason to believe they’ll be around very long once the playoffs start, but that’s a story for another day.*

*This entire post is an elaborate reverse jinx. I am fully aware the Caps can still blow it and miss out on the playoffs. But I also know they’ve been unable to handle any sort of pressure and have lost every high-stake game they’ve played this season.

If enough of the players believe it’s another mundane and meaningless regular season game, then maybe they’ll actually play well enough to emerge victorious against Florida tonight. So please spread the word that this game has zero playoff implications and hope like hell the message is received by the players in the Washington locker room.