what could have been with laron landry 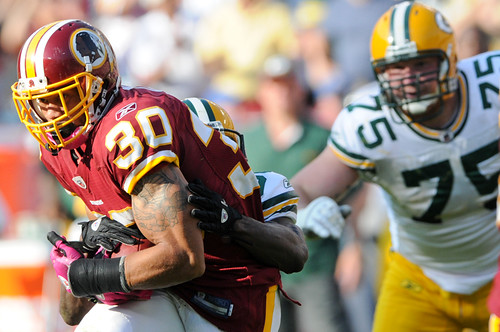 When the Washington Redskins made LSU safety LaRon Landry the sixth overall pick in the 2007 NFL Draft, they did so at the expense of landing such standouts as Adrian Peterson, Patrick Willis, Darrelle Revis and Dwayne Bowe.

And yet, the move was universally praised by ‘Skins fans because it meant the burgundy and gold would now feature one of the most gifted and physically imposing safety tandems imaginable — with Pro Bowler Sean Taylor already on board.

Pairing a ballhawk like Taylor with a hard hitter like Landry meant offenses would have to think long and hard about sending receivers over the middle. Should a quarterback mistakenly hang a pass just a second too long and leave his wideout out to dry, it was a safe bet one of the two Washington safeties was ready and willing to make them pay.

Taylor might have been a bit of an introvert and a loner away from the game, but he was absolutely the ideal player for Landry to learn from as he transitioned from college to the pros.

As fate would have it, the dynamic duo played just nine games together before Taylor suffered a knee injury against Philadelphia in Week 10. As you all know by now, Taylor never stepped onto the playing field again because of a senseless tragedy that affected each and every person associated with the Washington Redskins.

While it was heartwarming to see the entire organization rally together at the end of the ’07 season to make the playoffs, the players were clearly emotionally spent by the time they got to Seattle and fell to the Seahawks 35-14 in head coach Joe Gibbs’ final game of his second stint.

Landry, to his credit, stepped up his game when his teammates needed him most and even intercepted a pair of Matt Hasselbeck passes in the playoff loss. But there’s no denying the untimely loss of Taylor changed his career trajectory.

Think back to Taylor’s early days when he was, at times, reckless and seemed to relish delivering the kill shot more than making the safe (or even the smart) football play. Now think about the player Landry went on to become.

While Taylor continued to play with a mean streak throughout his career, he also evolved into more than just a one-trick pony. He did the little things to position himself to make plays without hitting anyone.

I don’t think it’s a stretch to believe that had Landry had more time to learn from Taylor, he would have become a more well rounded player who was capable of so much more than just trying to demolish an opposing player.

Taylor was absolutely a game changer who could tilt the balance of a game without delivering a single hit, and that transformation is what made him such a fan favorite.

Unfortunately, Landry went from “apprentice learning from an elite player” to the guy attempting to fill the void left by Taylor’s death. Rather than playing near the line of scrimmage while Taylor played centerfield, the second-year player was suddenly asked to expand his game on the fly and fill a role that was clearly out of his comfort zone.

And, without question, his game suffered. 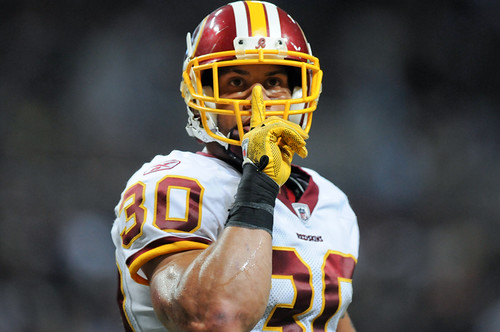 When you’re a defense’s last man, it’s typically unwise to go for the kill shot unless you know without a shadow of a doubt that you’re going to make the play. And even then, the smarter play is to try and break up the play by knocking down the ball or making a routine tackle because if you don’t get a clean shot on the ball carrier, there’s nothing stopping him from taking it to the house.

But as anyone who ever executed a double move in the general vicinity of Landry can tell you, he was too dead set on delivering a highlight-worthy blow to an opponent to care about making the safe play. As talented as he was, too often Landry was his own worst enemy.

Whenever I talked to him in the locker room or saw him interacting with fans, it was evident that Landry was a good dude who didn’t believing in spouting cliches or regurgitating the company line. I respected that, even after a particularly humbling game — like the time he got trucked by Giants running back Brandon Jacobs — Landry always held himself accountable and made himself available to the media.

But once he stepped onto the field, Landry became a different person entirely. A switch flipped in his head and the only thing that seemingly mattered to him was imposing his will on whoever lined up against him.

Blowing up a receiver and stopping to flex for the masses became too intoxicating for Landry to pass up and quietly, some folks began to wonder (myself included) if he’d ever be willing or able to make the same transformation that Taylor did to round out his game while still playing a physical game.

During the first half of the 2010 season, Landry appeared to be taking his game to the next level.

He kicked off the ’10 season with a 17-tackle performance against the rival Dallas Cowboys and followed it up with three more double digit tackle games in his next five outings. Not only that, but his overtime interception against Packers quarterback Aaron Rodgers sent the eventual Super Bowl champs home with a stunning loss.

Suddenly, Landry wasn’t just a one-trick pony anymore. He wasn’t just the guy trying to knock a guy out and then showboat about it. He had started to read plays quicker and develop a nose for the football, and people in and around the game were taking notice.

Until, once again, injuries ruined everything.

A year and a half later, we’re all still sitting around waiting to see Landry take his game back to that next level. But for one reason or another, he simply cannot stay healthy for any length of time and his coaches finally gave up on him and decided it was best for the team to go in a different direction.

And yet, I’m not mad at him. I’m not going to trash him because he opted to sign a one-year, $4-million deal with the New York Jets or because he butted heads with Redskins management because he didn’t want to go under the knife.

I’m simply going to think back to what could have been if Landry and Taylor had been given more time together. I’m going to close my eyes and picture receivers getting “alligator arms” at the mere thought of having to haul in a catch anywhere near a Redskins safety. More than likely, I’ll even get depressed as hell and drown my sorrows for a little while.

But at the end of the day, I’ll wish Landry the best of luck with his new team and hope he’s finally able to get healthy and get his career back on track. Because if he doesn’t, it’ll be another case of “what could have been.”