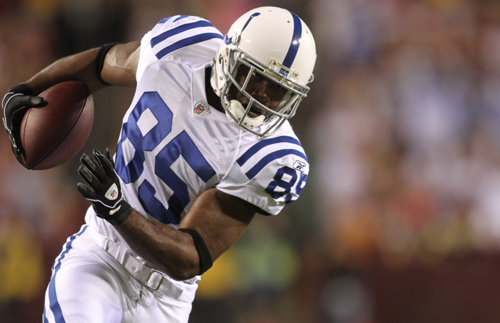 During his first two years in Washington, Redskins head coach Mike Shanahan was asked to win under less-than-ideal conditions. I’m not saying that in order to drum up sympathy for the guy. I’m simply pointing out that his predecessor didn’t exactly do him any favors.

For starters, Shanahan inherited a train wreck of a roster that was the oldest in the NFL and was littered with overpaid and underwhelming “talent.”

The Redskins lacked playmakers on both sides of the ball, which is typically frowned upon when building a franchise for long-term success and stability. They had too many “me-first” players who worried more about cashing checks than sacrificing for the good of the team. They had different rules for different players and a general “inmates running the asylum” mindset.

In short, it wasn’t really a coincidence that the Redskins were a doormat.

Slowly but surely, Shanahan rid himself of the past-their-prime players that the previous regime was addicted to as set out to rebuild the roster from the ground up with an eye towards younger talent. While this is viewed as a common business practice in most other NFL cities, it was absolutely a breath of fresh air for Washington.

Clearly last offseason’s agenda was all about upgrading the defense. Seeing newly-acquired players like Ryan Kerrigan, Barry Cofield, Stephen Bowen jump right in and contribute from day one was obviously encouraging, as was watching the front office’s savvy maneuvers on draft day that resulted in a dozen new players in the burgundy and gold.

Because Rome wasn’t built in a day (or something), the Redskins essentially put upgrading the offense on hold and elected to settle for bargain basement acquisitions like Jabar Gaffney, Donte Stallworth and Tim Hightower in hopes of getting some sort of production from less heralded veterans until proper attention and resources were available.

While each of those players had their moments, it’s safe to say the offense still lacked an impact player who could tilt the game in Washington’s favor. There were rarely, if ever, explosive plays, which meant that if the Redskins couldn’t put together a 10- or 12-play drive, they struggled to put points on the board.

The day’s festivities began with Indianapolis receiver Pierre Garcon announcing via his Facebook and Twitter accounts that he was coming to our nation’s capital. Later it was learned that the 25-year-old had agreed to a five-year deal for $42.5 million with $20.5 million guaranteed, including an $11 million signing bonus.

“I wanted you all to hear it from me 1st before u saw it on the news,” Garcon wrote. “I will be signing with the Washington Redskins and I’m very excited about the opportunity in front of me. I want to thank all Colts fans from the bottom of my heart for all the love and support you’ve shown me the past 4 years and I hope that at some level u will still follow my career, as I will continue to share my life with you on here.”

A little while later, the Redskins finalized an agreement with San Francisco wideout Josh Morgan on a contract worth $12 million over the first two years and $7.5 million guaranteed. While Morgan’s full contract is for five years, the final three seasons can be voided.

Just to show how bare the proverbial cupboards were at Redskins Park, the front office is hoping to get one more receiver to sign on the dotted line any minute now. It was reported late Tuesday night that owner Daniel Snyder, general manager Bruce Allen and Shanahan spent the evening dining with Denver receiver Eddie Royal.

Should the team land the Virginia Tech standout, it would definitely signify a radically new receiver corps for the 2012 season. And while lazy critics will cling to “once again the Redskins are trying to win free agency,” that’s clearly not the case to anyone actually paying attention.

Case in point: Garcon (25), Morgan (26) and Royal (25) are all young, with their best football ahead of them. This, of course, is a departure from the previous regime’s thought process which revolved around collecting over-the-hill veterans with more name recognition than talent left in the tank.

These three youngsters are all dynamic players who bring youth and speed to a position that ranked among the league’s least effective last year.

Of course, that won’t stop some folks from stressing over the contracts handed out while saying things like “Why on earth would you pay Garcon that much money when he’s never been a number-one receiver?”

My answer is simply: “Wait and see.”

A year ago these same critics hated the free agent signing of Cofield because “they once again overpaid” and “he wasn’t a true nose tackle.” Well, from where I was watching, Cofield did just fine in his new role and helped anchor a much-improved defensive front. His consistent play in the middle of the line helped free up pass rushers Brian Orakpo and Kerrigan to get to the backfield and make plays.

On the day Cofield signed with Washington it might not have looked like a natural fit to outsiders, but this coaching staff identified a very specific skill set that he brought to the table and had a very specific idea of how to best utilize his abilities in their scheme. A year later, they clearly knew what they were doing so I’m happy to give Shanahan and Co. the benefit of the doubt.

Last season, Garcon hauled in 70 catches for 947 yards and six touchdowns while catching passes from Curtis Painter and Dan Orlovsky. Not to disparage either of these two guys, but I’d like to believe that Garcon could post similar numbers with Robert Griffin III as his quarterback.

Morgan’s numbers during his four NFL seasons don’t look overly impressive — his career high in reception is 52, in yards is 698 and touchdowns is three. But again, he’s a young player with plenty of upside who this regime has to see something in.

And finally, there’s Royal, who is actually my favorite of the trio of pass catchers. He’s an underrated talent who excels as a slot receiver as is just as solid in the return game. Over the last two seasons, Royal hasn’t been great, but his rookie season numbers are should be what excites ‘Skins fans.

While playing for Shanahan, Royal finished his inaugural season with 91 catches for 980 yards and five touchdowns. Yeah, it’s safe to say that Shanahan is capable of bringing out the best in him.

The Redskins aren’t done overhauling the offense yet. The offensive line — and specifically the right tackle position — need to be addressed. But the additions of Garcon, Morgan (and hopefully Royal) are the next step in Shanahan getting his type of players. They’re young. They’re talented. And best of all, they fill specific needs.

So try not to rush to judgment. You just might find that if you gives everyone a little time to settle into their new roles, you’ll be pleasantly surprised by the outcome.

Update: Apparently I’m not the only one impressed with the new mindset in Washington. Click here to read what Don Banks of Sports Illustrated thinks about the new regime’s moves thus far.