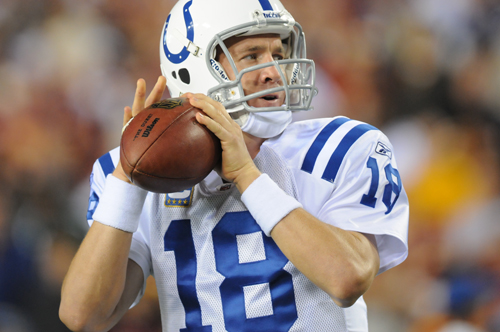 If there is a defining characteristic of the Washington Redskins during the Daniel Snyder era, it’s that every year the front office talks itself into believing the franchise is close to turning the corner toward respectability which can only mean they’re just one or two moves away from contending with the big boys.

What happens next is well documented.

The Redskins cut corners and throw money at any available players with name recognition because, let’s be honest, it’s more fun to try and win now rather than build for tomorrow. So they steal headlines throughout the offseason and then proceed to return to irrelevance once actual football games begin.

Sure, once every few years they get lucky enough to back into the postseason, but more often than not Washington’s journey ends with yet another 10-loss season.

Of course, as anyone who has followed professional football in the last decade or so knows, the vast majority of the high-priced free agents the Redskins land are ultimately known more for their bloated contracts than anything they do on a football field. But, really, who is keeping track anyways?

In related news, the NFL Network put together a top 10 list of the worst free agent signings of all time. It should come as no surprise that first place on that list was awarded to “anyone to the Redskins.”

No seriously. The Redskins have made so many terrible decisions in free agency over the years that the good folks at the NFL Network couldn’t pick just one. They basically awarded Washington the lifetime achievement award for giving out awful contracts.

“Over the last decade and a half, no team has taken a more active role or spent more money in free agency and gotten less in return than the Washington Redskins,” the narrator said.

*Look, I fully admit that every once in a while a free agent signing does work out, but guys like London Fletcher, Andre Carter or Marcus Washington are the exception to the rule. The franchise strikes out a helluva lot more often than they hit a home run when it comes to free agency.

And yet, lucrative free agent signings are as much of a staple in our nation’s capital as corrupt politicians, museums and monuments.

Why? Because scouting and drafting players takes plenty of time, energy and resources.

Signing aging veterans to bloated contracts, on the other hand, is much easier. Just turn on Madden ’12, see what the player’s rating is in the video game and then offer that player twice as much as anyone else would because you want to make sure you land the biggest name in free agency each and every year.

While other professional sports franchises are adopting “Moneyball” mentalities and embracing a new way of doing business, the Redskins can’t help but continue to play fantasy football.

In the eyes of Redskins’ management, you’d have to ever wonder why any sane team would draft Andrew Luck in hopes that he becomes the next Peyton Manning when you could just go out and acquire Peyton Manning.

At least, that’s the mindset the front office had until Mike Shanahan got involved.

Once the two-time Super Bowl winning head coach took over, mercifully it was time for the Redskins to start acting like they belonged at the grown-up table.

Yes, he too tried to take a short cut by trading for Donovan McNabb. Even though he talked about being here for at least the five years on his contract and spoke about trying to build a consistent winner, Shanahan fell into the trap and bought into the belief that McNabb was the missing link in Washington.

And once again, Washington’s splashy offseason acquisition was a colossal failure once it was time to step onto the football field.

But here’s what I respect most about Shanahan – he knows when he’s wrong.

He might not rush out and hold a press conference to tell the world he made a mistake, but he’s at least able to see when something isn’t working and willing to take action.

So McNabb was gone almost as quickly as he arrived. And for the same reason, Haynesworth was shown the door as well.

What transpired next is something I can honestly say I didn’t see coming.

Shanahan and the Redskins apparently learned from their mistakes.

Last offseason, the Redskins didn’t make any headline-stealing signings. They didn’t break the bank to lure the biggest names available. Instead, they signed a bunch of blue-collar guys like Barry Cofield, Stephen Bowen and Chris Chester who a good chunk of football fans had never heard of.

Additionally, the front office traded for unheralded guys such as Jabar Gaffney and Tim Hightower, who were brought in because their specific skill sets added something this team was lacking.

And best of all, the Redskins actually applied themselves on draft day and walked away with a dozen new players in an attempt to develop legitimate depth for the first time in recent history.

Watching the Redskins pass up a potential franchise quarterback, in Blaine Gabbert, to trade back and add extra picks during the first round of the 2011 draft was an out-of-body experience for most ‘Skins fans.

The Redskins have lacked a franchise quarterback for more than 20 years and Gabbert was one of the marquee names in last year’s draft. And yet, Shanahan opted to trade down and stockpile picks.

Washington eventually selected a pass rusher by the name of Ryan Kerrigan, and was rewarded when he became the team’s only defensive player who didn’t miss a single snap all season long.

Shanahan’s actions during free agency, trades and the draft were designed to build a foundation rather than sell jerseys and/or make headlines. He showed patience and restraint rather than impulse shopping like those before him would have happily done.

Which is why any and all talk of acquiring Peyton Manning makes zero sense.

Let me start by saying, I am a huge Manning fan. I truly hope he comes back healthy and finds success wherever he’s able to continue his career.*

*My dream scenario is for Peyton to sign with Baltimore. He could even ride into town in a Mayflower truck as a way to stick it to the Irsay family for showing him the door in Indianapolis while simultaneously winning over everyone in Charm City who is still bitter about the Colts leaving in the middle of the night.

But I simply don’t see any set of circumstances which lead to Manning and the Redskins ending in anything other than disappointment.

Maybe if the McNabb experiment never happened, I’d feel differently. But that train wreck is too fresh of a wound to simply pretend it never happened.

The beginning of the end for McNabb came when he struggled to learn a new offense for the first time in more than a decade. He was either unwilling or unable to pick up Kyle Shanahan’s offense, and before you knew it, questions about his intelligence and conditioning came into play.

Manning too has been running the same system for as long as he’s been in the NFL. In fact, he’s half jokingly referred to as the Colts’ offensive coordinator because the 36-year-old is given so much freedom to call his own plays and make changes at the line of scrimmage.

Will the father-son combo that displayed no willingness to mesh their offensive philosophy with McNabb suddenly be willing to sit back and watch Manning call his own shots? Let’s just say I’m more than a little skeptical.

Oh by the way, there’s the fact that Manning has undergone three neck surgeries in 19 months. McNabb was clearly damaged goods by the time he arrived and he was younger and healthier than Manning will be by the time the 2012 season rolls around.

Larry Bird said in an interview last week that he feels once you go under the knife, you’re never the same again. And we’re talking about three surgeries in a little more than a year and a half to someone’s neck. I don’t know about you, but I’ve gotta believe a healthy neck is fairly critical to a quarterback’s success.

Even if you believe that Manning is twice the quarterback McNabb ever was (and I do), that’s still a steep obstacle to overcome.

Finally, I can’t see Manning wanting to come to Washington for anything other than a huge pay day. The offensive line is still a work-in-progress at best. The receiving corps is pitiful. The offense as a whole lacks playmakers.

So why would a 36-year-old trying to extend his career want to walk into the middle of a lengthy rebuilding process when there are a dozen other teams who could give him better pieces to work with?

Any way you spin it, the only way for the Redskins to level the playing field is to throw bags of money at the future Hall of Famer’s feet and pray it’s enough to entice Manning to don the burgundy and gold.

That, of course, would mean we’re back to square one and the front office has once again regressed back to Daniel Snyder’s preferred method of building a fantasy football team.

It would instantly erase all of the progress and good will Shanahan established last offseason and it would prove without a doubt that the Redskins haven’t learned a damn thing since the day Snyder took over the franchise.

They’d be back to cutting corners and trying for the quick fix instead of trying to draft and develop the quarterback of of the future. And if that happens, I don’t know how much longer I’ll be able to subject myself to this maddening franchise.

Like I said earlier, I wish nothing but success for Manning in the next chapter of his life. Which is why I hope and pray he stays far, far away from the Washington Redskins.