all devin thomas does is win super bowls 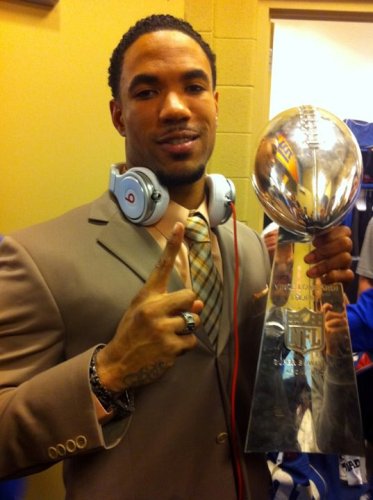 Fans of the Washington Redskins aren’t going to be thrilled with the photo posted to the Facebook page of Devin Thomas.

While I’ve never had a problem with Thomas, even I get that seeing the team’s former second-round pick with his hands on the Lombardi Trophy is not going to be enjoyable for D.C. sports fans.

Maybe it’s because he was a bust in Washington. Maybe it’s because fans felt he spent more time shooting music videos and modeling than actually learning how to run effective routes in the NFL. Or maybe he just represents all that was bad about the Vinny Cerrato era.

Whatever the case, this is why so many Redskins fans would have rather seen the New England Patriots win the Super Bowl than seeing the New York Giants win their second title in four seasons.