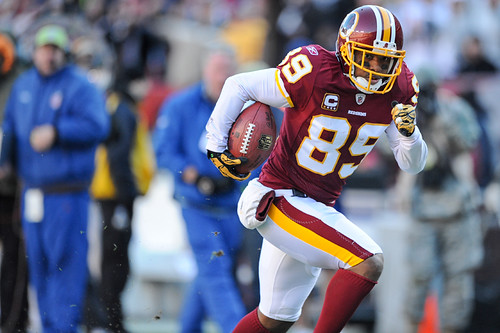 It’s safe to say that expectations were low heading into the weekend, as the Washington Redskins hosted the New England Patriots.

That’s because, if the season ended Sunday, one team was playing for home-field advantage throughout the playoffs while the other was in the hunt for a top five pick in the 2012 NFL Draft. One team was 9-3 and featured first-ballot Hall of Famer Tom Brady, while the other was a 4-8 squad that trots out Rex Grossman each and every week.

Even though New England had somehow never won a road game against Washington, there was little reason to believe the Redskins could make it competitive — let alone win the game.

And yet, after Washington got off to its customarily slow start — spotting New England a 14-3 lead just over nine minutes into the game — the Redskins ended up giving Brady and friends more of a fight than they bargained for.

Led by the one-two combo of Grossman and rookie running back Roy Helu, one of the least-heralded offenses in football amassed 431 total yards while playing some of the most enjoyable football ‘Skins fans have seen all year.

Regardless of how bad the New England defense is, 270 yards and 20 points in one half is outstanding for an offensive-challenged offense like Washington.

The Redskins’ offense was a dream come true for the Shanaclan — with seemingly anything they drew up in the sand executed to perfection. Washington was a perfect balance on offense, with 33 passes thrown, 34 rushing attempts and more than 36 minutes time of possession.

There isn’t a team in the league who wouldn’t take that level of production and balanced playcalling in a heartbeat. So while the Patriots walked away victorious, with a hard-fought 34-27 win, there was still plenty to be satisfied with for the hometown faithful.

“When you are playing a good team like that, who is, year in and year out competitive for the Super Bowl, I thought our guys on offense and defense battled for 60 minutes,” Grossman said. “They gave their best effort.”

And let’s just say that, even though the won the game, the Patriots weren’t exactly busting out the champagne as they left town.

“We started off strong, kinda faded away in the middle of the game, finished the game strong,” said Patriots linebacker Jerod Mayo. “But it won’t be good enough any other week. This week, we’re fortunate enough to win the game, but any other week, it won’t be.”

2. “The OtherSide” by The Roots

The biggest subplot of this game involved players facing their former teams. New England defensive end Andre Carter said all the right things in the days leading up to this game, but it was clear throughout the contest how much this game meant to him.

For the Redskins, receivers Jabar Gaffney and Donte Stallworth had the same opportunity to show their former employer what they were missing.

And while hyped moments like this rarely live up to the build up, all three players had solid outings Sunday.

Carter started the game with a sack-fumble that was recovered by defensive lineman Vince Wilfork to give the Patriots an early 7-0 lead, and finished the game with five tackles and three quarterback hits.

Stallworth had four catches for 96 yards — including a 51-yard bomb* that helped get the offense going early on, and Gaffney had six catches for 92 yards and a touchdown.

“They played great,” said Grossman of Stallworth and Gaffney. “They ran good routes, were aggressive to the football when the ball was in the air and they separated from their defenders. They’re both really good players. I’m glad the Patriots got rid of them.”

*After the game, Stallworth said that his 51-yarder was the same play that the Redskins used successfully against Seattle for Anthony Armstrong’s 50-yard touchdown grab. Makes you wonder why they haven’t tried to bust that play out a little more often with it working so well these days.

Grossman said after the game that the biggest reason the passing game was able to get going was because of the strong performance of Helu, who had career highs in carries (27) and rushing yards (126) against the Patriots.

Not only did Helu become the first running back to amass 100 yards against New England this season, but he also became Washington’s first rookie running back to rush for at least 100 yards in three consecutive games.

In fact, the 23-year-old has 73 carries for 334 yards and two touchdowns during that span, and looks every bit prepared to be this team’s feature back for the foreseeable future.

“I think the last couple of games we’ve been getting better in the running area,” said head coach Mike Shanahan. “I think Roy has been doing an excellent job. He’s averaging close to five yards a carry. We’re giving him more of a load, feeling a lot more comfortable with it. I thought [rookie running back Evan] Royster came in and played exceptionally well when Roy was a little tired. Good effort.”

In a lost season like this, it’s natural for fans to look for any and all positive signs to embrace. Well, even though this season has been an utter disappointment, seeing Helu get better each and every Sunday is an absolutely encouraging sign.

4. “Don’t Hold Your Applause” by Wale

With the healthy balance of passing and rushing plays, the Redskins were able to keep the Patriots on their proverbial toes throughout the contest. And when you have a defense on the ropes, that’s the ideal time to reach into your bag of tricks and go for the kill shot.

In related news, Washington scored an improbable touchdown pass when return specialist Brandon Banks tossed a 49-yard strike to receiver Santana Moss that no one in the stadium could have possibly seen coming.

For starters, Banks rarely even gets on the field during offensive plays. When he does, he’s rarely involved in the play.

But when his number was called, the speedy returner made the most out of it and produced one of the most exciting plays of 2011.

Just how improbable was this touchdown pass? None of media members who have covered the team for any length of time even knew Banks was left handed, so when he pulled the ball down to throw it there was definitely a “What the hell?” moment. But the play worked to perfection and really helped to give the Redskins momentum when they appeared to be on the verge of getting blown out.

And that, my friends, is a damned shame.

Even though Brady was the first quarterback to throw for more than 300 yards against the Redskins this season, they’ve still allowed a whopping 68 points in their last two games.

The Redskins’ offense has ever reason in the world to struggle these days — with the sheer amount of injuries they’ve faced and the lack of playmakers in the lineup. But the defense (who apparently forgot how to do something as routine as tackle) was where the front office spent the bulk of their resources on last offseason and they’re simply not living of to expectations.

Put it this way — the Redskins offense has racked up 93 points over the last four games. But the team is just 1-3 during that stretch because the defense has allowed 112 points. Simply put, that’s inexcusable.