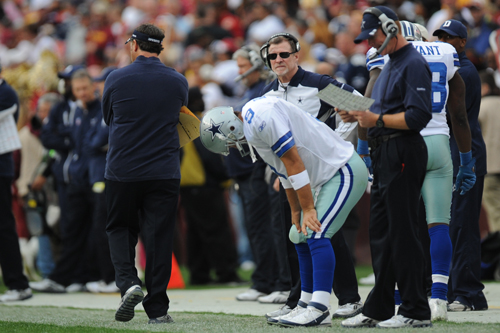 Sure, the Washington Redskins lost to the hated Dallas Cowboys and the 2011 season hasn’t exactly gone according to plan, but that doesn’t mean we can’t still have a little fun.

With that in mind, back by popular demand, it’s time for another round of “caption this.”

“It must be December, because Tony Romo looks like he’s screwed.”

[Editor’s note: The winner is michelle with a caption of, “If things don’t work out in Dallas, Jason Garrett is more than qualified to take over at Penn State.” Thanks to everyone who joined in the fun.]