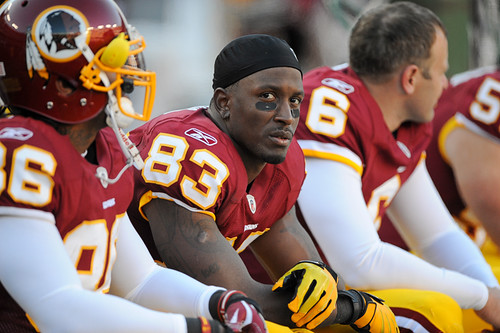 Whenever I’ve done these power rankings in the past, the formula has always remained the same. I start by listing the top 10 members of the Washington Redskins who have risen to the challenge and made a strong impression, and then wrap things up with five players who need to step up their game.

Unfortunately, that’s not realistic at the moment. A once-promising season has completely spiraled out of control over the last month and the Redskins are clearly getting worse – not better – with each passing game.

I’ve got a better chance of becoming a big-time Hollywood actor than identifying 10 Redskins players worthy of praise during this dreadful four-game losing streak, so we’ll flip the script and name five players who are getting it done and 10 guys who need to take a serious look in the mirror before getting on the plane for Miami.

As always, these rankings are completely subjective, biased and, ultimately, meaningless. They simply represent one person’s take on the current state of the franchise. If you see things differently and/or feel like I’m forgetting someone, that’s okay. Feel free to leave a comment and share your thoughts on the subject.

1. London Fletcher, middle linebacker – The 36-year-old had 20 tackles against Buffalo and another 10 against San Francisco. If everyone wearing the burgundy and gold worked as hard as Fletcher, people wouldn’t still be wondering how and why this team peaked in Week 1.

2. Sav Rocca, punter – One member of the Redskins ranks statistically among the NFL’s best at his position. Too bad it’s the punter.

3. Ryan Kerrigan, outside linebacker – The rookie standout has three sacks, two forced fumbles and as many rushing touchdowns as Roy Helu and Ryan Torain combined.

4. Fred Davis, tight end – He’s the only player on his side of the ball who can even be remotely considered a weapon. That’s gotta count for something.

5. Brian Orakpo, outside linebacker – Take a look at his career stats and you’ll clearly see that Orakpo has always done well in the first half of a season. The question is – is this the year he finally puts together a memorable second half of a season?

On the flip side, here are 10  players need to step up their game sooner rather than later:

10. Oshiomogho Atogwe, safety – When he’s on the field, Atogwe is a solid veteran defender. Unfortunately, when he’s not on the field, Reed Doughty is. That’s not good for anyone involved.

9. Trent Williams, left tackle – He’s been in and out of the lineup due to various injuries this season and he’s been responsible for multiple ill-advised penalties for losing his temper. Not what fans want to see out of someone who is supposed to anchor the offense.

7. Jammal Brown, right tackle – When the Buffalo Bills racked up 10 sacks against the Redskins, I actually joked that Brown should be credited with at least two of them.

6. Ryan Torain, running back – The good news: Torain has remained healthy. The bad news: he’s shown absolutely nothing to suggest he should be a focal point in Washington’s mediocre offense.

In his last four games, Torain has 21 carries for 33 yards (1.5 yards per carry). In the two games since Tim Hightower was lost for the season due to a knee injury, Torain has just nine carries for 16 yards. That’s not making the most out of an opportunity.

5. Rocky McIntosh, middle linebacker –The guy struggles in coverage and misses far too many tackles to warrant as much playing time as he gets. Those are probably poor traits for a middle linebacker to possess.

4. Brandon Banks, receiver/returner – It’s tough to justify using a roster spot on a return specialist who can’t … you know … return kicks. Banks better learn to get two hands on the football in a hurry or he’ll be collecting unemployment checks before Thanksgiving.

3. Mike Shanahan, head coach – The season started with the two-time Super Bowl winning coach staking his reputation on the talents of John Beck and Rex Grossman. How’s that working out for you, coach?

Since then, things have gotten even worse – with the Redskins scoring just one touchdown in eight first quarters this season.

In fact, Washington has failed to generate offense on 16 of 19 first-quarter possessions* this season (11 punts, four turnovers and a missed a field goal attempt).

*A six-yard touchdown pass from quarterback Rex Grossman to receiver Santana Moss against pitiful St. Louis and two measly field goals against Dallas are the only scoring plays Washington has mustered in the first quarter all season long.

When a team is that slow out of the gate each and every week, it suggests a lack of preparation or poor game planning. When you hear those phrases being thrown around, blame has to fall on the coaching staff. I openly admit that this offense is a work in progress, but the situation is so dire on offense that the defense essentially has to pitch a shutout in order to give the Redskins any chance at victory.

2. Rex Grossman, quarterback – Damn you, Rex Cannon, for throwing four interceptions against the Philadelphia Eagles. The Redskins were 3-1 and on top of the world until you decided it was more fun to throw to Eagles safety Kurt Coleman than to target your teammates.

Now, all hope is lost – even though there’s still eight games left on the schedule, and ‘Skins fans are already wishing the 2011 season would hurry up and end so the front office can blow up this offense and start over from scratch.

1. John Beck, quarterback – Do you realize that Beck’s longest completion against the San Francisco 49ers was a 17-yard gain that involved the football deflecting off of a defender’s helmet? Did you know that Beck has completed just three of 14 passing attempts of 20 yards or more this season? Is there a single person alive who is excited to see what a Beck-led offense is capable of next?

While it’s great on the surface to see Shanahan turning to younger players such as running back Roy Helu and receiver Leonard Hankerson, unfortunately for everyone involved, it’s a fruitless exercise.

How on earth can anyone evaluate a rookie receiver when his quarterback isn’t capable of getting the ball to him? How do you properly judge a rookie running back’s showing when a defense doesn’t even have to worry about players more than 10 yards away from the line of scrimmage?

Until Beck is either removed from the starting lineup or shows an ability to make overly-aggressive defenses pay for stacking eight men in the box, the Redskins are going to be painful to watch on offense. They’ve put up a grand total of 31 points over the last three games with Beck as the starter, and there’s little reason to believe it’ll be any different again this weekend.