capitals go down to ‘the wire’ 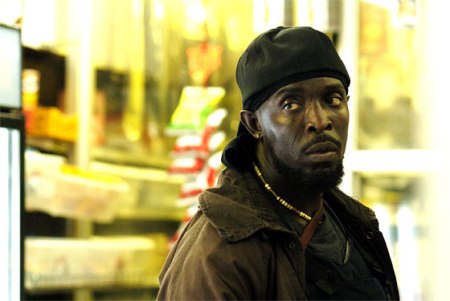 “I just did what I did. Felt right. I’m fine with that.” – Bunny Colvin

Anyone who has spent more than 10 minutes in a room with me knows that I consider “The Wire” to be the greatest show in the history of television.

What creator David Simon was able to accomplish during his five seasons of depicting the less glamorous side of Baltimore on HBO was unlike anything I’ve ever seen before or after.

Unlike many TV shows that appear to make it up as they go along, the creative team behind “The Wire” always had long-term focus and knew exactly what they were building towards during the course of a season.

Consistency and continuity were always at the forefront and while it might take a couple episodes for fans to fully digest everything at the beginning of each season, the deliberate pacing of the show made for a much more satisfying journey.

Because the writers approached the show as if it were a novel rather than trying to mimic a show like “24” that feels obligated to have a ridiculous shootout or explosion once an hour(*), the end result was always that much more enjoyable.

(*) Don’t get me wrong – I was a huge fan of “24” as well. But that’s because I was willing to look past all of the completely improbable moments (stem cells!) and embrace the show for what it was.

Sure, the ratings weren’t always indicative of the quality of the program, but those viewers who stuck with “The Wire” throughout knew they were in for a treat.

Which brings me to the Washington Capitals.

I think it’s safe to say that the 2010-11 season has been a memorable one for the Caps. And while it hasn’t always been pretty, I feel that in a lot of ways, this season has mirrored a season of “The Wire.”

From day one, Capitals general manager George McPhee has had a plan.

McPhee is intimately familiar with his team’s strengths and weaknesses. He has been all along. But he’s not like some dopey network executive who is only concerned about gimmicks and/or short-term success.

He’s always been prepared, but he’s patient enough not to rush into anything. He’s got a plan and he’s dead set on sticking to it – regardless of what anyone else may have to say on the subject.

If the right deal came along and McPhee felt he could improve his roster without giving up any core assets, he’d be more than happy to pull the trigger. But at no point was he ever going to make a deal just for the sake of making a deal.

Likewise, never was he going to give away any of the young talent that makes the Capitals one of the deepest franchises in hockey today.

So when the Capitals struggled during December, he didn’t overreact. When the powerplay stalled and goals in general were no longer automatic, he gave coach Bruce Boudreau every chance to get things back on track.

That never really happened and as the trade deadline drew near, it seemed inevitable that something had to give. Like “The Wire,” the season-long story arc created a sense of heightened drama and the trade deadline officially had Caps fans on the edge of their seats.

As if the ups and downs of the 2010-11 season hadn’t been draining enough, the last few minutes of anticipation climaxed with the announcement that the Capitals had improbably beaten the clock (and not to mention other Eastern Conference teams) by acquiring exactly what this team appears to be lacking.

The last-minute acquisition of veteran center Jason Arnott might not be on par with the final showdown between Stringer Bell and the terrifying combo of Omar Little and Brother Mouzone, but both moments left fans emotionally spent.

Add in forward Marco Sturm and defenseman Dennis Wideman to an already-deep supporting cast and with just a few more “episodes” left in this season, it’s safe to say that Caps fans are hooked.

So while seasons past were much more in line with “24” with an overabundance of fireworks and explosions (and, sadly, little payoff in the end), the drama and adversity the Capitals have dealt with throughout this journey has ensured that, win or lose, this epic season will not soon be forgotten.

Sure, “The Wire” wasn’t exactly known for happy endings, but in those few instances where things actually worked out for one of the main characters, it was an absolutely gratifying experience for those watching at home.

Is this the year Reginald “Bubbles” Cousins finally gets to come upstairs? Can Alex Ovechkin finally get his team over the proverbial hump and into the Stanley Cup Finals?

Who the hell knows? But thanks to the patience and long-term planning of the creative team behind this powerhouse franchise, all I know is there’s no chance that I’m changing the channel anytime soon.