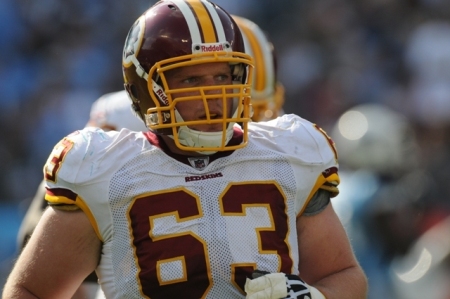 This isn’t exactly breaking news, but the Washington Redskins are done. After losing five of their last six points, it’s officially time to close the book on the 2010 season and start looking ahead to how to fix this mess.

The Redskins don’t play in the NFC West, so they’re not going to make the playoffs, and honestly, this team is so flawed that it’s for the best anyway. In order for Washington to have any real chance at building a consistent winner, the franchise has to fundamentally change the way they conduct business.

High-priced free agents should be the cherry on top – judiciously added to an already established team in hopes of pushing your talent level over the top. Of course, anyone familiar with the Redskins knows that free agency has been a way of life for the burgundy and gold.

But honestly, how many of the free agents that head coach Mike Shanahan brought in last offseason actually made an impact? Guys like running back Ryan Torain and cornerback Phillip Buchanon have shown flashes, but far too often you find there’s a reason other teams discarded the players you’re picking from.

The key, of course, to building a long-term winner is to embrace a youth movement. (Well, technically the key to fixing the problem is to first admit you have a problem, which isn’t something Shanahan and the Redskins seem overly eager to do, but that’s a conversation for another day). Build through the draft and discover your own younger, less-expensive talent rather than overpaying for a player who made a name for himself elsewhere.

It’s okay to have a few veteran players in your locker room to serve as leaders (guys like defensive end Phillip Daniels, receiver Santana Moss and middle linebacker London Fletcher instantly come to mind), but there’s not much to get excited about when you have one of the oldest teams in the league and you’re still finding new and creative ways to lose each week.

At least if you’re playing younger guys there’s reason for optimism. Your fans know that the team might be taking its lumps now, but that brighter days are ahead once the youngsters learn the ropes. Instead, you’re seeing more of the same with the Redskins – slapping a band-aid on the problem and praying like hell you get lucky enough to stumble into the playoffs.

Here’s what I’d like to see the final three games – an all-out youth movement. Start signing any and all youngsters that are available and give them playing time instead of a guy like Roydell Williams, who clearly isn’t a long-term solution to the Redskins’ woes.

With that in mind, here are five players I’d love to see more of in the final few weeks of this disappointing 2010 season:

Will Montgomery – At 27, the fourth year pro out of Virginia Tech is the graybeard of this list. Everyone else I’ve included is 24-year-old or younger, but Montgomery makes the list because he very well may be the future starting center here in Washington.

I like Casey Rabach and fully admit he’s one of the best quotes in the Redskins locker room, but he’s also 33 and has not had the best season of his 10-year career. Rabach signed a three-year contract worth $12.3 million back in March, but I still find it hard to believe any at Redskins Park thinks he should be considered a premiere center.

When Rabach was knocked out of the game against Tennessee earlier this season, Montgomery stepped in and did an admirable job in the middle of the Redskins offensive line. So why not throw the Centreville native into the starting lineup at center and see if he can handle the pressure?

If he works out, then you can let Rabach go and start worrying about upgrading the two guard positions. If he can’t hold his own, then you can let him continue to earn a minimal salary as a backup. This makes too much sense not to happen. Of course, Shanahan is devoting his free time to debating the merits of Donovan McNabb versus Rex Grossman, so he’s clearly too busy to focus on the center position.

James Davis – If Ryan Torain can stay healthy for more than three games at a time; he’s likely the starter in 2011. That’s far from a lock, but for the sake of this discussion let’s pretends he’s able to make it happen. If that happens, then the question becomes who is the team’s primary backup.

Clinton Portis has done great things for the Redskins, but it’s time to part ways. Wish him the best and embrace youth at running back. Keeping an injury prone Portis and an injury prone Torain is only asking for trouble, so go with the younger, cheaper player and have a dependable backup plan.

Davis has just 28 career carries and needs to improve on his pass blocking, but that’s what these last three games should be – an audition to show the coaching staff that a player like Davis is worth building around. Or maybe he isn’t. the only way we’ll know for sure is if he sees ample playing time down the stretch.

Kevin Barnes – With the coaching staff unhappy with Buchanon’s play of late, Barnes has seen his playing time increase. We’ve heard for a while now that coaches think he’s a sound tackler with plenty of football smarts, but we’re still no closer to knowing if this guy has a future as a starting NFL cornerback.

Let’s see if the third-year pro can either sink or swim. Start this weekend by lining him up against Dallas wide out Miles Austin and see if he’s up for the challenge. What’s the worst that happen? You lose the game? That’s probably going to happen anyway.

Darrel Young – Young is not a 270 lb. fullback who tries to hurdle defenders. He’s also not a 35-year-old who can’t catch a swing pass to save his life. For those reasons alone, I’d crown his ass today if it were up to me.

Macho Harris – With LaRon Landry out for the year, there’s nothing about the Redskins safety rotation these days that inspires confidence. So start working the newcomer into the mix and see how he handle the pressure.

Oh, and here’s a bonus one:

Fred Davis – Remember him? Sure would be nice to see the coaches actually use him.