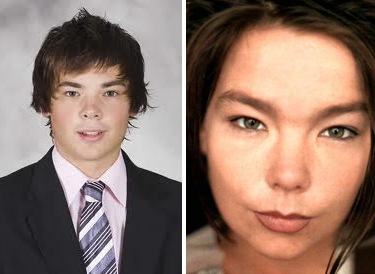 The Washington Capitals defeated the Atlanta Thrashers 6-4 yesterday in an old-fashioned slobberknocker of a hockey game, giving them wins in nine of their last 11 contests.

It wasn’t always pretty and both teams clearly looked sluggish for large chunks of this bout, but in the end, the Caps were able to walk away victorious thanks to defenseman John Erskine, who scored the game-winning goal with less than seven minutes to play in regulation.

Erskine also picked up a second win on the night – defeating Thrashers forward Eric Boulton in one of the best hockey fights you’ll ever see. In fact, Puck Daddy is already calling this instant classic a “fight of the year candidate.”

All in all, a good night for a gentleman who it’s safe to say isn’t usually the focal point of the Washington lineup.

“I had a lane. I shot as hard as I could and we had guys going to the net to create some traffic,” said Erskine, who had scored just eight goals in 340 career games prior to Sunday. “It was a roller coaster of a game. We had a letdown in the second and we came out hard in the third.”

While the Capitals were happy to walk away with two points on a night they clearly weren’t at the top of their game, there’s no avoiding the fact that this type of effort is going to cost Washington more times than not.

“It wasn’t very good,” said Capitals coach Bruce Boudreau of his team’s performance. “We made mental mistakes. It was ugly, but the good thing is they righted the ship. We talked about not wanting to beat teams 6-4. We want to shut teams down.”

To their credit, Capitals players fully admit they need to be better if they want to continue to be successful.

“We haven’t strung together a good 40 minutes,” said center Dave Steckel. “We come out with a good 20 and then our second 20 is lacking energy. Teams might not play their best in the first, then they come out harder and we’re not responding, so it’s something we want to fix. We haven’t played a 60-minute game in a couple games now.”

Although he didn’t have his best game of the season either, the win gave Capitals goalie Michal Neuvirth his league-leading 11th victory on the season. Neuvirth, the NHL’s rookie of the month for October, is now 11-3 with a 2.60 goals against average and a .910 save percentage.

I bring all of this up because it gives me a great excuse to bring up something that’s been driving me crazy all season long. Whenever I saw a shot of Neuvirth with his mask off during a stoppage of play it always bothered me that he looked so familiar, but I couldn’t figure out why.

The 22-year-old clearly has a baby face, but it drove me nuts trying to figure out which celebrity he most resembled. That is, until this weekend when I finally put it all together that Neuvirth looks like Björk – the Icelandic singer-songwriter.

Now, I understand that some folks out there are going to think I’m taking a cheapshot at the rookie goaltender, but that’s not my intent. It’s just been bothering me since Neuvirth became a mainstay here in D.C., and I felt compelled to share with the class.

And honestly, if he keeps racking up wins at his current pace, I don’t care if the dude shows up for work looking like Lady Gaga. Anything to help the Caps finally exercise their playoff demons.