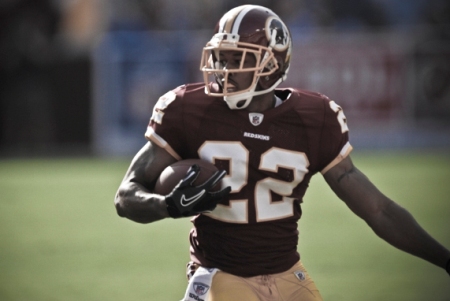 Whether we’re talking about Rudy, Remember the Titans or The Blind Side, many wise Hollywood executives have earned a comfortable living over the years cranking out feel-good stories based on football.

That’s because we’re all suckers for sports as it is. If you can add in a compelling storyline, it’s almost too good to be true.

The sheer thought of the Washington Redskins rallying together to win four-straight games to close out the 2007 regular season because they wanted to make the playoffs in honor of their fallen teammate, Sean Taylor, still brings a smile to my face on a bad day.

That’s because, up until that point, the Redskins were a mediocre 5-7 and losses in their four previous games gave little reason for anyone to believe they had one final run in them. But somehow, someway, the players on that team found it in them. They pulled it together and with motivation and purpose, were able to qualify for the playoffs on the final day of the regular season.

It doesn’t matter that the team was emotionally spent by the time they traveled all the way to Seattle for their wildcard matchup against the Seahawks or that, at the end of the day, the results on the field couldn’t bring back their friend and teammate. Simply seeing those players wear their hearts on their sleeves week after week during that emotional ride was rewarding enough for most Redskins fans.

Here we are, three years later, and the burgundy and gold are ready for the Hollywood treatment once again. And fortunately, this time around it’s much more of a comedy than a tragedy.

If everyone loves a good underdog story, then this is one that’s sure to be a box-office hit. We can call it: Stone Hands: The Carlos Rogers story.

Think about it: next to Charlie Brown convincing himself that he’s finally going to kick that football, only to be crushed once again when Lucy inevitably pulls it away from him at the last minute, no one else has ever been as tortured as the hands of Carlos Rogers.

It’s a shame too. When Rogers is on, he’s a legitimate number-one cornerback. On those days, he can be trusted to lock down some of the biggest names in professional football, forcing opposing teams to give up on one of the biggest weapons.

But, as any ‘Skins fan will tell you, his kryptonite is intercepting passes. While others, like Redskins cornerback DeAngelo Hall, make creating turnovers look effortless, Rogers never met a pass he couldn’t bobble five times before failing to haul in a would-be interception.

This season, he’s added in an extra degree of difficulty by nearly getting his pathetic mitts on several errant passes in the deciding moments of games. He’s still not going to haul it in, but at least he’s adding drama to the fourth quarter of an already tense affair.

Before the season, I actually did the unthinkable. I went on the record in saying that Rogers would set a new career best for interceptions in a season in 2010. Since he’s already got one pick on the books through the first five games and his career high is only two interceptions, you’d think I’d in good shape.

But history shows (not to mention the Dallas, Philadelphia and Green Bay games earlier this season) anyone foolish enough to bet on Rogers’ hands is destined for heartache and disappointment. That is, unless he’s been setting us up for the ultimately happy Hollywood ending.

When all the chips are down and the entire season hangs in the balance for Washington, there are a dozen players you’d rather have in that fateful position over Rogers and his inept hands. Or, at least, that’s the storyline up until this point.

But, if Hollywood has any say in this, those hands will get their redemption in the final act. Why? Because everyone loves the underdog.