season on line for redskins 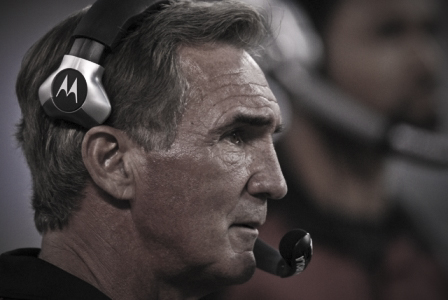 I typically try to avoid hyperbole whenever possible, so keep that in mind when you read this next statement – the entire season in on the line when the Washington Redskins host the Dallas Cowboys this weekend.

For my money, that’s how important it is that the Mike Shanahan era get started off correctly.

Think about it. When Shanahan and friends inherited this charity case, they took over a 4-12 team. The Redskins, in case you’ve forgotten, went winless in the division in 2009, and are 3-9 in the NFC East over the last two years.

It goes without saying that a team’s success or failure in a given year depends completely on how it fares in the division. If the Redskins can’t get it done against Dallas, New York and Philadelphia again this season, then get ready for more heartache.

And I’m one of those “cautiously optimistic” fans, who would happily take an 8-8 season this year – no questions asked. Seeing the Redskins double their win total from a year ago would be huge for me, and if nothing else, I could sleep easy knowing that at least the guys wearing burgundy and gold have a chance at victory any given Sunday.

That’s not something we’ve been able to say since Grandpa Gibbs headed off to the retirement home again.

If I could have handpicked any opponent for the opener, I would have happily selected the Cowboys. Think about it – there’s no bigger test than your hated rival, who just so happens to believe that they’re a legitimate Super Bowl contender.

Dallas, by the way, had their way with the Redskins last season. In two games, they outscored Washington 24-6 and rarely had to break a sweat in the process. They’re also 6-1 lifetime against the Redskins in season openers.

Having Shanahan on board guarantees that the ‘Skins will at least be prepared when they take the field. But how many victories will the two-time Super Bowl winning coach realistically be able to bring in year one?

We’re about to find out.

And while most of the national media’s attention has focused on the ever-popular Albert Haynesworth drama, there’s plenty to like these days if you’re a Redskins fan.