redskins made for ‘hard knocks’ 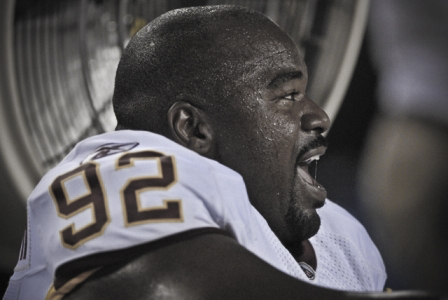 With the Washington Redskins preparing to take on the New York Jets this Friday night, I couldn’t help but wish that these two franchises could magically change places.

I know what you’re thinking – the Jets came within one win of the Super Bowl a year ago while the Redskins went just 4-12. Of course I’d want to see the teams flip flop.

But that’s not what I meant. You see, the Jets are the featured team on “Hard Knocks,” HBO’s popular reality sports documentary series. For those not familiar, the show gives fans an inside peek at the life of a football franchise, whether it’s through the eyes of an undrafted rookie free agent hoping to earn a roster spot or a sage veteran trying to extend his career one more year.

I admit that the Jets were an easy choice for HBO. They’ve got more intriguing storylines than anything you’ve ever seen on “Entourage.” Just to name a few:

Seriously, the Jets were a no brainer for “Hard Knocks.” I fully admit it.

It’s too bad though. If ever there was a year for the Redskins to be featured on the Emmy-award winning program, it’s this one.