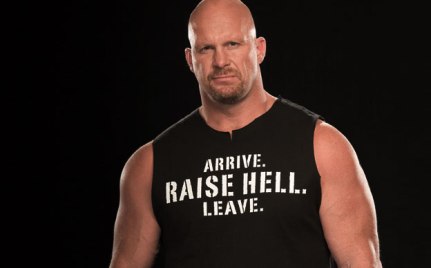 We’re not going to lie. We were genuinely excited when the Washington Redskins drafted UCLA receiver/returner “Stone Cold” Terrence Austin with the 219th pick in the 2010 draft.

Sure, it’s completely foolish to get your hopes up on a seventh-round pick, but that wasn’t stopping us. Generously listed at 5-foot-11 and 172 lbs., Austin isn’t the biggest dog in the fight. But his arrival to Ashburn represented a new chapter and yet another reason for hope of brighter days.

We won’t say anything negative about Rock Cartwright, who was let go after spending eight seasons in Washington. He was a stand-up guy, who was always willing to answer tough questions after a loss. Even though he was never anything more than a third-string runningback, Cartwright was well respected by his peers. And as a kick returner, Cartwright was dependable. He wasn’t flashy. Simply put, he was solid, but unspectacular.

As for our thoughts on punt returner Antwaan Randle El; we’d rather not go down that road again. When the Redskins released him this offseason, many wondered why countless fans were waving goodbye as he cleaned out his locker for the last time. They weren’t being rude; they were simply mimicking Randle El’s time as a punt returner by signaling for a fair catch.

With both Cartwright and Randle El gone, the Redskins are clearly in need of a return specialist. Our hope, as soon as Austin was drafted, was that he would be the first Redskins returner to strike fear in opponents since Brian Mitchell.

We caught up with Austin during the team’s second minicamp to learn more about the Redskins’ most exciting UCLA seventh-round pick since safety Chris “The Predator” Horton.

If you could, take a moment to tell ‘Skins fans a little bit about yourself.

“I’m a playmaker,” Austin said, immediately separating himself from Randle El. “I’m a really tough guy for my size and I’m someone who is really passionate about the game. I just want to be that guy out there making plays for my team.”

There are some highlight videos out there of you on kick returns, so we’ve at least seen that side of things. What can we expect from you on offense?

“I believe that I’m a good, shifty guy, who can play in the slot,” he said. “I can even play a little bit on the outside. I think I can be used to create some mismatches because that’s what I’ve been doing all my career. I love playing on the inside. If there’s any possible way for me to get on the field and make something happen, I’d jump at the chance.”

What conversation, if any, have you had with the coaches about your role on this team?

“No role has been singled out for me yet,” Austin said. “Obviously, the role on special teams is a big deal, but I’m also trying to digest the playbook too. Because … why not? I’m a wide receiver and a kick/punt returner, so I might as well learn all three things.”

Before you were drafted by Washington, what did you know about the Redskins?

“Before I came to town I didn’t really know too much about them,” he admitted. “I didn’t know much at all except they had Clinton Portis and LaRon Landry. Those are a couple of my favorite players. Once Donovan McNabb came over, a lot of attention came over here. I definitely started paying more attention to them. Then, a guy that recruited me to UCLA named Jon Embree is a tight ends coach here, so I started paying even more attention. And then I ended up getting drafted here, so it’s all a big coincidence.”

It sounds like you’ve got a few reasons to feel comfortable here, which should help you while your head is swimming as you try to take everything in.

“Yeah, it really is,” Austin said. “My head is all over the place, but that’s to be expected. The playbook is tough to digest, especially since it’s only been a couple days since I got it, but I’m out there running around, giving 100 percent. I’m going full speed and trying to look good for my teammates and coaches. If I make a mistake, at least I was going 100 miles-an-hour while I was doing it. I don’t want anyone to think I’m a slacker. I want everyone to see that I’m a hard worker who can help this football team.”

Austin, for those not familiar, earned second-team All-Pac 10 honors as a kick returner in each of his final two seasons with UCLA. As a receiver, Austin finished his senior year with 37 catches for 455 yards and a team-high four touchdown receptions.

On special teams, he averaged more than 24 yards per return on kickoffs and more than nine yards per punt return. He’s small, but he’s fast. He’s confident that if he sees a slight opening on the field, he’ll get there as quickly as possible. If that happens, he would definitely provide the Redskins with something this team has lacked for a long, long time.

Oh, and his favorite class was British literature. We’re not sure what that has to do with anything, but it does give us something to ask Austin about the next time we see him.

(*Obviously the photo at the top of this entry is Steve Austin, of WWE fame. We didn’t have the opportunity to take photos of Terrence at minicamp, so we had to improvise. If you’re curious, here’s what the Redskins rookie looks like, click here.)