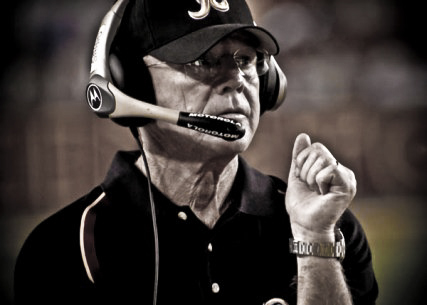 Recently, several critics have spoken up over the way the Washington Redskins choose to conduct business.

Whether it be replacing Vinny Cerrato almost immediately after his “resignation” with Bruce Allen or the fact that Jerry Gray interviewed for a head coach position that was still technically held by dead-man-walking Jim Zorn, folks seem to get worked up over every little thing happening out at Redskins Park these days.

From noted drama queen Mike Florio at ProFootballTalk.com to several local media members, we’ve all heard the bitching and moaning about how the Redskins have somehow besmirched the Rooney Rule, which exists to ensure minority candidates get a foot in the door.

The critics’ take is simple – the organization knows who it wants (Allen for general manager, Mike Shanahan for head coach) and to get by the Rooney Rule, they held some top-secret interviews with in-house candidates who never really had a shot.

In typical ProFootballTalk fashion, the point is then taken 10 steps further – maybe, just maybe – Gray knew he wasn’t going to get the job, but he did the interview anyway to earn favor with management. He helps them check the box and they take care of him when the housecleaning begins.

That, of course, is absurd.

Is it really shocking to consider that – maybe, just maybe – Jerry Gray doesn’t plan on working the same job for the rest of his life? If given the chance to earn a promotion, Gray (much like anyone else in the world) would happily throw his name in the hat, even if he likes the guy who was holding down the job at the time of the interview? So when the front office asked him if he’d be interested, he naturally jumped at the chance.

We don’t have any insider’s knowledge on the subject, but seriously, how farfetched does that sound? In the words of Joe Theismann, it doesn’t take a rocket surgeon to come to that conclusion.

The same holds true for Morocco Brown, who interviewed for the general manager position while Cerrato was still collecting a paycheck. If the opportunity presents itself, Brown and Gray have every right to pursue it. Neither knows if the chance will come again, so why walk away from it because critics who have nothing to do with anything might be unhappy.

And for those who simply want to point the finger at owner Daniel Snyder, we hate to break it to you, but he’s not to blame for all of this either.

If you want to be mad at someone, be mad at Joe Gibbs. Yeah, THAT Joe Gibbs. The Hall of Famer who is responsible for those three Super Bowl trophies we see at each press conference to announce new hirings. While everyone in D.C. likes to only view Grandpa Gibbs through rose-colored glasses, he’s actually the reason the Redskins front office has had to change the way they operate.

Gibbs had every right to retire, but you see, when he decided to walk away the second time, he did it so abruptly that the Redskins front office had no backup plan. Sure, fans like us had already appointed Gregg Williams as the heir apparent, but more than one person working at Redskins Park has told us Williams never really had a shot at the job. His arrogance and brash demeanor killed any real chance he ever had at replacing Gibbs (floating rumors about million-dollar payouts if he wasn’t given the job didn’t help either).

But enough about Williams. Let’s get back to the front office. They were caught with their pants down because they believed that Gibbs was definitely coming back for another year. When he announced that he was done, there was no contingency plan. There was no coach-in-waiting. The front office scrambled to fill the sudden void and ultimately settled on Zorn as the next head coach after interviewing Jim Fassel, Steve Marriuci, Steve Spagnoulo, Ron Meeks and at least two other candidates.

Two years later, the front office is looking to fill the position once again after Zorn’s Redskins went 12-20 (or 12-21 if you go by Zorn’s “4-13 record”). Learning from the Gibbs experience, the team was much more prepared this time around. When Snyder made the decision to say goodbye to Cerrato, he moved swiftly to land Allen.

Now, with Allen on board, the two are following the same blueprint with their coaching search. If the team knows Zorn is done, why wouldn’t they begin formulating a plan to hire his replacement? Those who know Allen say he’s always got a Plan B. Not only that, but typically, he’s even got a Plan C. Don’t take our word for it, listen to Allen’s comments when he was asked about possible candidates for the now vacant head coaching job.

“I’m not going to get into that. I’m not going to discuss that because of privacy issues for them,” Allen said. “I will say this – it’s real clear that we are going to be aggressive. What we are looking for in a head coach is somebody that can lead these men that we have in our locker room to levels that they haven’t played to before. What I asked of the players on the team was a commitment that they hadn’t given before. We are going to try that type of person, who is a winner, passionate about the Redskins, and passionate about football.”

Allen gave up the gameplan right there – they’re openly admitting that they’re going to be aggressive. If Mike Shanahan doesn’t work out for some reason, he’s got Bill Cowher or someone else up his sleeve. If that person falls through, there’s another name on the list. Gibbs caught the front office off guard, but rest assured, it won’t happen again. They’re not being shady or underhanded. They are simply covering their asses and aggressively ensuring they don’t find themselves in the same position ever again. And if you or anyone else doesn’t like it, well … don’t be mad at them. Take it up with Gibbs.