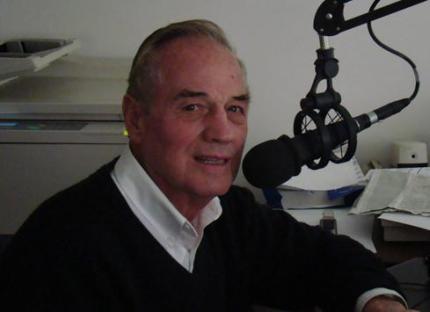 During the last five seasons, we’ve been lucky enough to experience countless road trips with the Washington Redskins. After a while, you get to know some of the guys a little bit and develop relationships with some of them – both on the roster and within the organization.

Quite possibly the two greatest gentlemen we’ve had the pleasure of spending time with during this time are Hall of Famers Sonny Jurgensen and Sam Huff. A couple times each season, we somehow find ourselves in the company of these guys and we always walk away with a memorable experience.

This San Diego trip was no exception.

After grabbing a quick bite to eat, we ended up grabbing a frosty and refreshing beverage at the hotel bar and joining a group that included the two Hall of Famers. Someone was giving us grief because in their words, in seemingly every town the Redskins travel to, “Murf has an entourage.”

We politely explained to the group that after spending more than seven years in the Army, we’ve made friends with a lot of people across the country.

This information peaked the interest of Huff, who leaned forward and asked, “Have you ever been to Vietnam?”

We politely explained to Sam that we weren’t quite old enough to have been a part of Vietnam.

Huff followed that up by saying, “I have, and it’s no joke.”

Before he could say another word, Jurgensen cut him off and said, “For Christ’s sake Sam, you were there on a USO Tour with Johnny Unitas and Frank Gifford. It’s not like you actually served over there.”

Huff tried to continue, saying, “Yeah, but we WERE surrounded.” But it was too late. Everyone in the group had already lost it.

So yeah, from now on, whenever we think of Sam Huff, one of the baddest linebackers to ever play the game, we will inevitably think of his time in Vietnam.